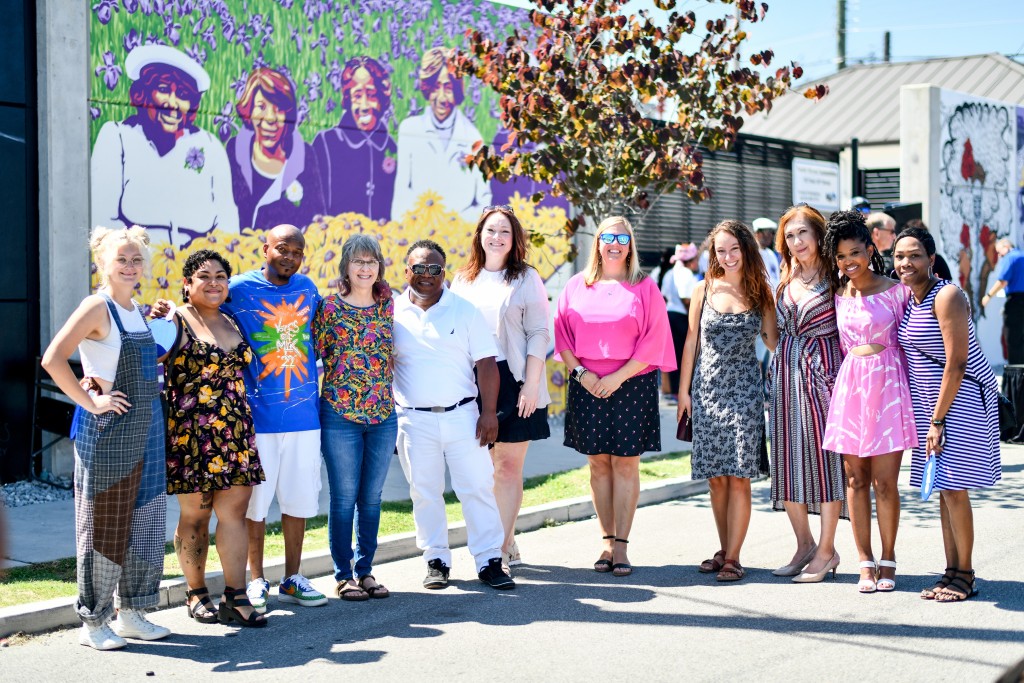 The 2022 mural theme is “Voices of MLK,” highlighting the history of the Martin Luther King Boulevard Area.

“This is just a really ice way to showcase some of the amazing things that have happened right here in our city, in our community, by some local artists that live here, work here, that play here,” said Ken Jones, a representative from EPB.

The titular mural, “Voices of MLK,” features the faces of five women who left a nightclub on MLK in 1980, and were shot by three members of the Ku Klux Klan.

“They were shot, right? For no reason whatsoever. But they took them to court and fought for their rights, and I believe they actually won the case,” said Jones.

They did win the case, prevailing with a federal lawsuit that set a precedent for pursuing justice in cases of racially motivated violence.

“This is not about me. I got an opportunity to create some art, and hopefully honor them in a really beautiful way. But their story needs to be known; it needs to be talked about; it’s still relevant,” said Karen Estes, the artist who made “Voices of MLK.”

Opal Jackson, who was among the group of women shot, was present to see her mural on the wall.