WASHINGTON D.C. (WDEF) – A hearing on Wednesday in Washington could ultimately decide if there will be another union vote at the Volkswagen plant in Chattanooga.

Last week, the UAW asked for a new vote to unionize workers at the Chattanooga facility.

But there is a sticking point.

After the last vote failed in 2014, a smaller group of plant maintenance workers succeeded in voting in their own union.

It represents just around 160 of the plant’s workers.

But the UAW says that Volkswagen has refused to negotiate pay with the smaller union.

And the company is now re-affirming their stand that they will only deal with one union to represent all the workers.

So the UAW and the maintenance union have agreed to dissolve it to speed up a new vote for all workers.

The National Labor Relations Board will hold a hearing on Wednesday to consider the fate of the smaller union and possible set a vote for a larger one.

Here is a statement from Volkswagen issued on Tuesday afternoon about the latest union wrangling:

Volkswagen Group of America has announced plans to invest more than $800 million into the future to make electric vehicles at the Chattanooga plant while adding 1,000 jobs.

We want to continue building on our strong and successful 10-year relationship in Tennessee.

Given the challenges the industry is facing, a motivated and skilled workforce is a key pillar for the success or our company. The basis for this is good working conditions for our employees.

We’ve heard the concerns that our workers have raised in an open dialogue and we’ve responded with improvements in working conditions: we’ve adjusted shift work, we’ve reduced overtime to have more predictability and we’ve raised wages. We want to continue that open dialogue also in the future.

We believe that we can achieve more for the company and our workers by continuing that open dialogue as we have done successfully so far.

Nevertheless, we respect our workers’ right to decide on representation and have always believed that any election for the Chattanooga plant should include both production and maintenance employees.  We will now take steps to ensure that the prior maintenance-only petition is properly resolved first.

As a company, and as colleagues, we will respect the decision of our team. 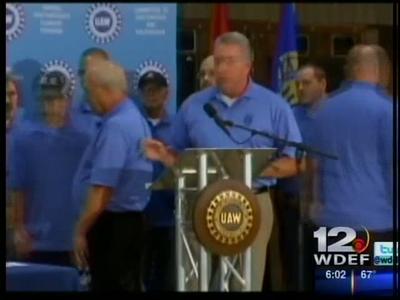 2015: UAW wins a vote for a “micro-union” at the plant just for maintenance workers.

2015-Now: Volkswagen has refused to negotiate with the micro-union

2018: A new, Trump-era NRLB reverses the Obama-era ruling allowing micro-unions and asks courts to allow them to settle the Chattanooga issue

April 15, 2019: UAW announces they are disavowing the micro-union to clear the way for a company-wide vote

April 17, 2019: The NLRB hearing originally set to consider whether VW must negotiate with the micro-union, could now set a union vote for the plant

What has changed since the last company wide vote in 2014? 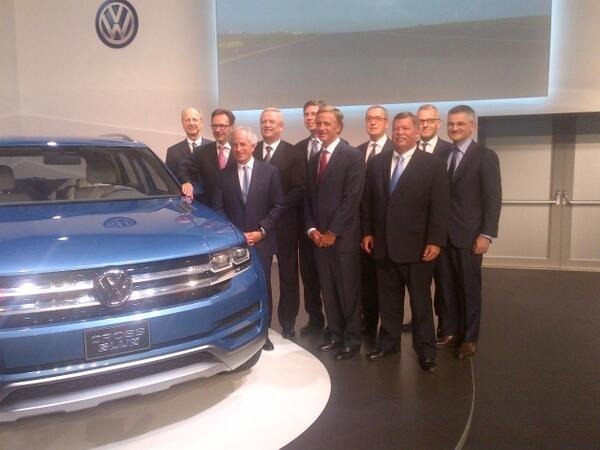 — VW caught in emissions scandal, that has led to ouster & some charges against VW leaders in 2014

— plant employment has doubled since 2015

— Chattanooga remains VW’s only non-unionized plant in the world