Noah and Amber Clare found safe on a California beach

A young mother saw the photos and followed them to the beach, then reported them 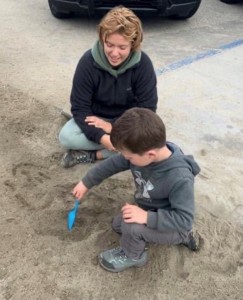 They have been the subject of Amber and Endangered Child Alerts in Kentucky and Tennessee.

Authorities believe Jacob Clare took 16 year old Amber from her home in Kentucky and 3 year old Noah from his mother in Gallatin, Tennessee.

The vehicle they used was discovered, abandoned in San Clemente, California on Wednesday. 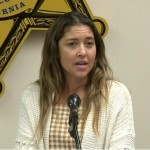 Authorities now say they found all there on Thursday, thanks to a tip from a mother who recognized them from photos (see her story in the video below at the 6:45 mark).

They were found at a state beach.

They say Noah and Amber are both okay.

Jacob Clare is in custody and faces charges of especially aggravated kidnapping in Tennessee.

Noah’s mother says Jacob was supposed to return Noah to her after weekend visitation.

Authorities believe he took both of them either Friday night or Saturday morning out of state.

An automated license reader spotted the car in Arizona that weekend.

Local Politicians React to Lee's State of the State