One Killed in Shooting on MTSU Campus 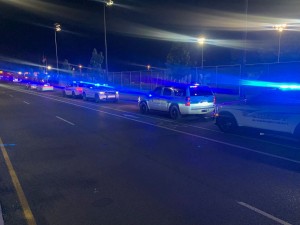 MURFREESBORO, Tenn. (WDEF)- A shooting on the campus of Middle Tennessee State University (MTSU) late Wednesday evening, May 18, 2022, has left one person dead and another person injured.

The shooting occurred after Riverdale High School’s graduation ceremony had concluded on the MTSU campus. Police stated that two individuals had left the ceremony when they were shot by the tennis courts next to MTSU’s basketball arena, the Murphy Center. One victim was pronounced dead and the other victim was taken to hospital where they are in critical but stable condition.

Murfreesboro Police Department Public Information Officer Larry Flowers stated, “The shooting at Middle Tennessee State University is a tragedy for our community. We mourn with the family who lost a loved one and the victim who was injured.”

The suspect is currently unknown and is at large. Multiple local and state agencies are currently investigating and tracking down the suspect.

If you have students or family in Murfreesboro, police ask that if they see anything suspicious to call their tip line at 615-893-2717.