One study shows Chattanooga household bills are more than 20% than national avg. 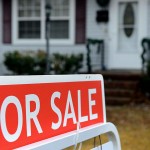 A new state by state bill study by Doxo shows Scenic City Residents pay 8.9% less in household bills than the state average and over 20% less compared to the national average.

Local Realtor Lee Brock said his out of state sales have gone up. He says in part, because Chattanooga offers “more bang for your buck.”

“Chattanooga, tremendous bang for your buck in the city. I’ll give you a perfect example. I had a lady from California, and I told her, Hey, I think we, you know, we’re negotiating and I was like, I think you can get it for about 10,000 less, I think we should keep pushing. She’s like, No, I’m good. I’m good. She was totally fine. The amount of money she spent in here versus where she was is so significant,” said Brock

“Prior to 2020, about 70% of our business was probably in state. And I just pulled up 20 of our last closed sales, and that was probably closer to 45% being out of state now. We had people from New York and all over where they were just wanting a little bit more freedom. And I mean, it was from even states with no state income tax as well, just bigger cities that kind of wanted to get away and have a little bit more space to where the dollar stretches a lot farther,” said Brock

Although Chattanooga has seen a 6.9% raise and household bills this year, likely due to inflation, it is still only the 53rd most expensive city to live in the state of Tennessee.