CHATTANOOGA (WDEF) – Chattanooga fire officials report that a blaze at Parkridge Medical Center tonight was out by the time firefighters got there.

So the ventilated the halls and stopped the sprinklers.

The small fire broke out on the second floor.

They believe a patient was trying to light a cigarette when she caught the hospital bed on fire.

She was burned in the incident, but officials have not said how badly.

Patients were told to shelter in their room as firefighters helped cope with the water damage from the sprinklers.

Some patients did have to be moved to other rooms. 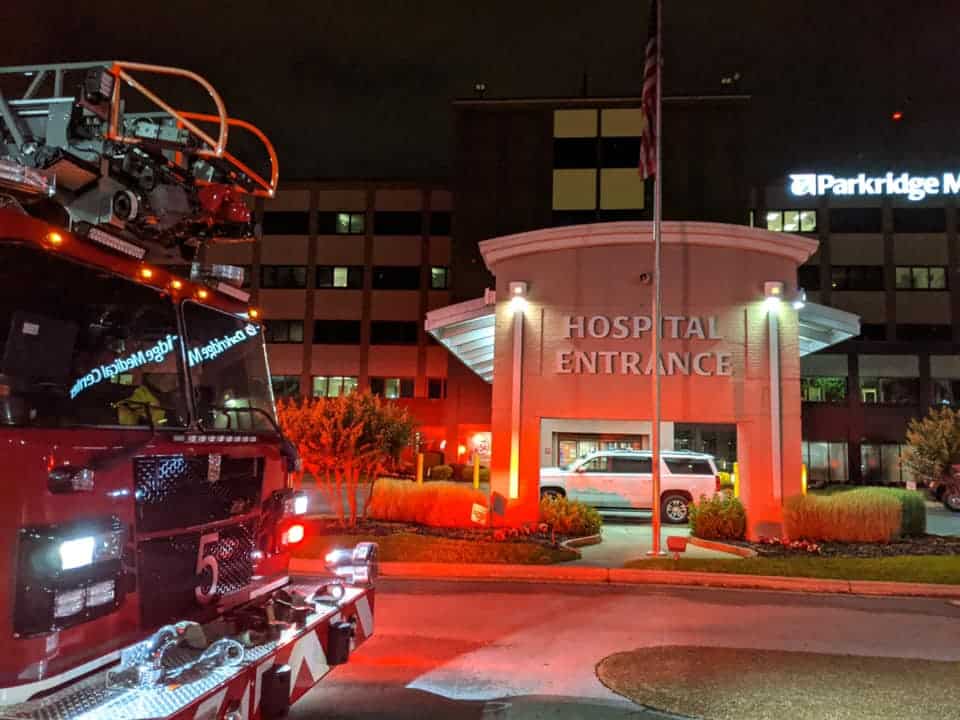