Shots taken over North Carolina on Monday captured pollen haze that made the landscape look yellow.  The images taken by Jeremy Gilchrist and obtained by the Reuters new agency show an area in the city of Durham.

The pictures were captured as the region saw a spike in pollen concentrations. A pollen report operated by North Carolina’s Division of Air Quality described the pollen “severity” in nearby Raleigh for Sunday into Monday as “very high.” 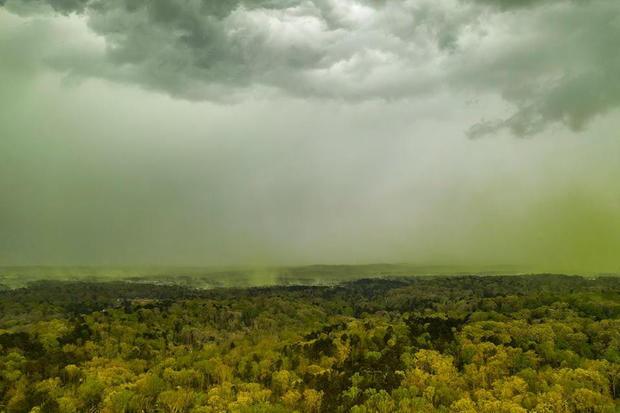 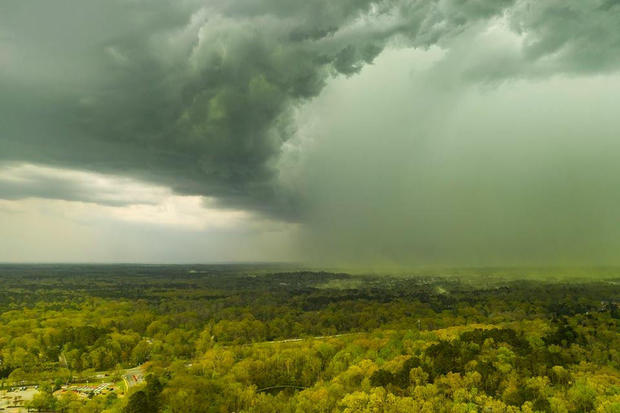 Pollen in the state in the early spring mostly comes from trees. Grasses peak in May, and weeds increase in June, CBS Raleigh affiliate WNCN reported.

The Asthma and Allergy Foundation of America, a not-for-profit organization, says pollen is a common trigger of seasonal allergies. And scientists say climate change is prolonging allergy season — and the suffering that goes along with it.

Deforestation and the burning of fossil fuels are sending more greenhouse gases like carbon dioxide into the atmosphere. Those gases in turn warm the planet and extend allergy season. Some studies have even found that additional carbon dioxide may even cause some plants to produce even more pollen.

The News Journal in Wilmington, Delaware, reported last week that local doctors are seeing more people who are suffering from allergies, and that they are suffering for longer periods of time.

Local historical data shows that Delaware appears to be getting warmer. Delaware State Climatologist Daniel Leathers said that has meant a longer span between frosts when plants can bloom and grow.