CHATTANOOGA, Tenn. (WDEF) – A Plane passenger says a United pilot told them flight to CHA couldn’t land due to plane being “too big.”

The woman tweeted on October 16th that a United Airlines flight from Chicago to Chattanooga was turned around due to the issue.

We’ve reached out to the airport to find out more about the issue and what caused it. 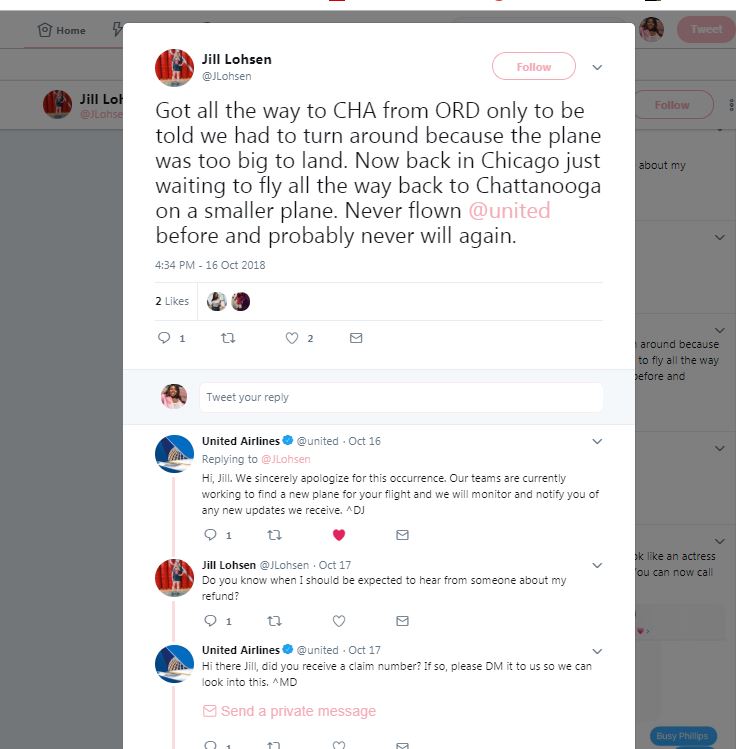 This is the initial statement sent to the newsroom from Chattanooga Aiport’s spokesperson:

We asked if there was any more they could provide more information about why the aircraft could not land and this was the response:

“Sure. The upgraded aircraft was not one typically utilized on that route and UA ground operations are not equipped for that type. It changed to the smaller aircraft in Chicago and landed routinely in Chattanooga.”

The spokes person says United Airlines handles the ground operations at CHA; “however, the upgraded aircraft was our [Skywest/CHA] error.”