Collins Parker,
MURFRESSBORO, Tennessee (WDEF) – The ramifications of a guilty plea by Kelsay Ketron impact far more than just her Insurance agency in Middle Tennessee.
Kelsay Ketron has now pleaded No Contest to Insurance Fraud.
But the case has larger political implications.
Ketron is the daughter of Rutherford County Mayor, Bill Ketron.
But that’s just his current job. 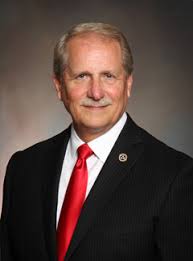 Before that, he was a Tennessee state senator who rose to the rank of Deputy Speaker.
He only left the Senate after winning the Mayor’s race.
On the private side, Ketron formed Universal International Insurance with his daughter.
But in 2018, a complaint was filed accusing Kelsay Ketron of accepting money for an insurance policy that she did not actually take out.
WTVF in Nashville reported multiple clients claimed they had no policies after paying for them.  The station also reported Ketron was originally charged with taking money from her father’s campaigns, but those charges were thrown out.
Rutherford prosecutors asked the Hamilton County office to prosecute Ketron to avoid a conflict of interest with her father.
On Monday, Kelsay Ketron pleaded no contest to charges insurance fraud, theft and forgery.
As part of the deal, she gets eight years of state-supervised probation,  a $10,000 fine and 300 hours of community service.
She also is banned from the insurance company or taking part in any political campaigns.
As part of a settlement in a civil lawsuit over the case, Ketron has already surrendered her insurance license.
Categories: Regional News
Tags: Kelsay Ketron, Rutherford County