CHATTANOOGA (WDEF) – Chattanooga Police have arrested a suspect for the shooting Tuesday night at Chickamauga Dam.

The shooting apparently happened on Highway 153 northbound going over the dam.

Police found their vehicle on the north end, with two adults shot inside plus an unhurt child.

A 27 year old female suffered what looked like a non life-threatening injury. 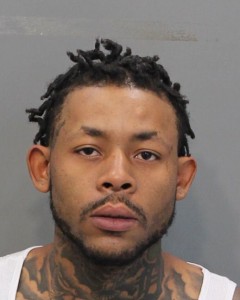