This is at least Jacorey Owens's 4th arrest just this year

CHATTANOOGA (WDEF) – Chattanooga Police arrest a suspect for a deadly shooting over the weekend.

It happened Saturday afternoon on Germantown Road in Brainerd.

Police say 22 year old Tawon Billups was killed after getting into a dispute with several other people.

At the time, they said one of the group produced a gun and shot Billups.

25 year old Jacorey Darnell Owens has now been charged with Criminal Homicide and a gun charge. 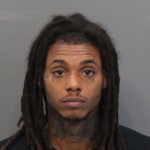 Owens has a long criminal history in Chattanooga, with at least one arrest in all but one year since 2013.

Owens has been arrested three times this year… the last on the day before this shooting.