Indiana officials now say that Vicky White has died from her self-inflicted gunshot wound as officer closed in on her and Casey White earlier today. 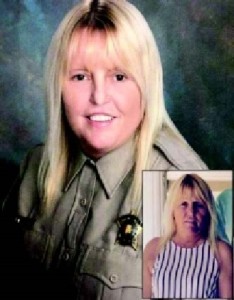 EVANSVILLE, Indiana (WDEF) – Officials say the manhunt for Casey and Vicky White has ended in Indiana.

They say the escaped murder suspect is now in custody.

And the prison official suspected of breaking him out has shot herself.

Police were chasing them after getting a photo that showed him at a car wash in Evansville, Indiana.

Police say their vehicle overturned in the chase.

They say Vicky White suffered a self-inflicted gunshot wound, but they do not have her condition.

They also say no law enforcement fired their weapons during the capture.

Laurderdale Sheriff Rick Singletwon said in a press conference  “He (Casey White) is never going to see the light of day again.”