Chattanooga Police say Brandi Burton has turned herself in.

She faces charges of Aggravated Assault and Reckless Endangerment for a confrontation in a Waffle House parking lot early Sunday morning.

Both a Chattanooga police officer and a male victim were shot. 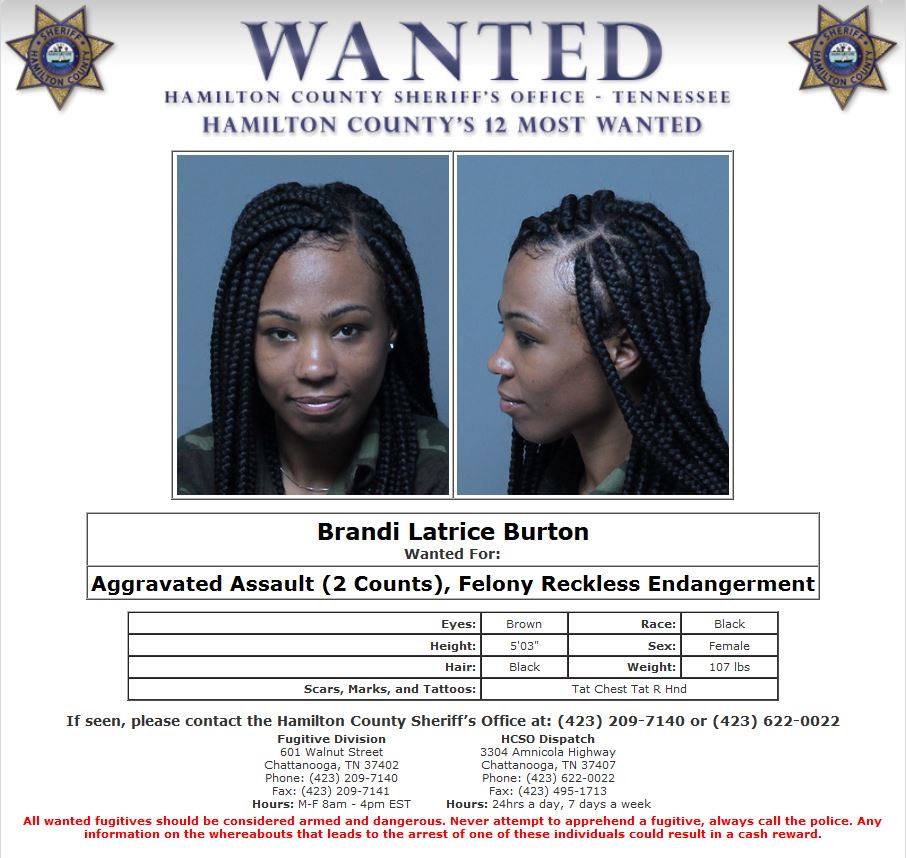 CHATTANOOGA (WDEF) – Chattanooga police have named the female suspect they are looking for after a double shooting early Sunday morning.

It happened outside the Waffle House on East 23rd Street around 4 AM.

A Chattanooga police officer was inside the restaurant when he saw a disturbance in the parking lot.

When he went out, he found a woman who had a gun out.

He tried to disarm her, but was shot in the process.

And a second man was also hit.

Police have now sworn out warrants for Brandi Burton.

She faces two counts of Aggravated Assault and a count of Reckless Endangerment.

If you have more information on the case, please call 423-698-2525 or submit a tip via the CPD Mobile App. You can remain anonymous.

The police officer was released from the hospital on Sunday.