BENTON, Tennessee (WDEF) – A Polk County deputy pulled over a truck loaded with stolen goods headed to the flea market.

The Toyota was headed south on Highway 411 on Saturday when the deputy ran  the tag and it came back stolen. He pulled it over in Ocoee.

The McMinn County truck had actually been stolen in Murray County, Georgia.

Investigators say a chainsaw on the back was stolen from an RV in Delano.

And a Cub Cadet riding mower had also been stolen in McMinn County.

They believe the two were taking the items to sell at the flea market. 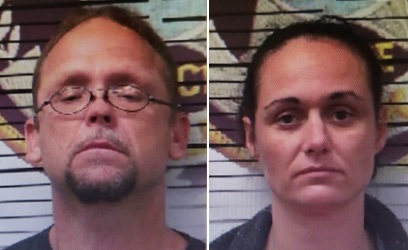