WASHINGTON D.C. (WDEF) – The President’s Doctor has issued a statement on his health on Friday afternoon. 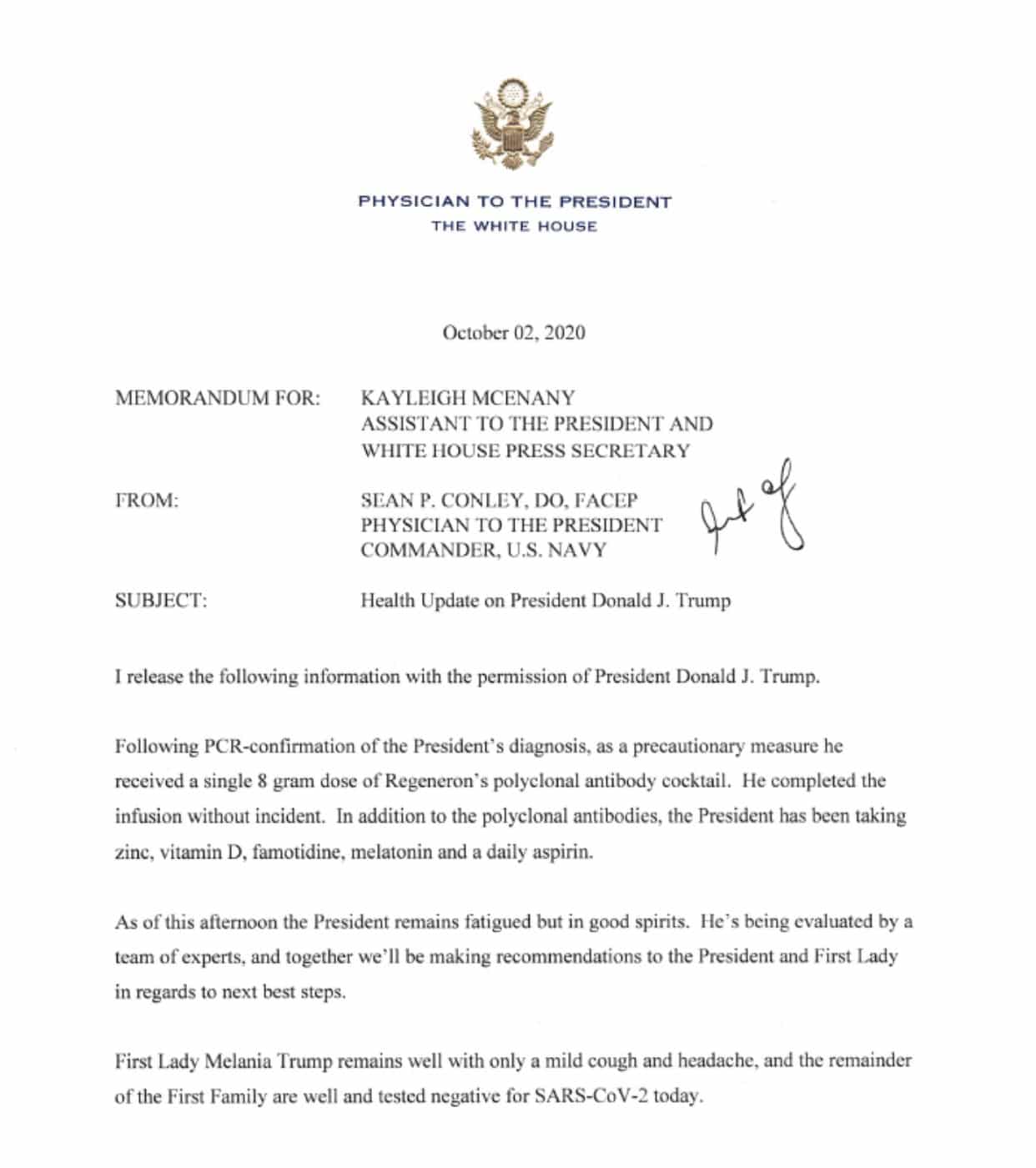 “All previously announced campaign events involving the President’s participation are in the process of being moved to virtual events or are being temporarily postponed.  In addition, previously announced events involving members of the First Family are also being temporarily postponed. All other campaign events will be considered on a case-by-case basis and we will make any relevant announcements in the days ahead. Vice President Mike Pence, who has tested negative for COVID-19, plans on resuming his scheduled campaign events. Any further information about the President will come from the White House.”