Princess Charlotte gets sassy with the press

While attending her little brother Prince Louis‘ christening on Monday, Princess Charlotte was caught on camera delivering a stern message to photographers. “You’re not coming,” the little princess told the photographers waiting outside of the royal chapel.

The 3-year-old looked angelic as she walked in holding hands with her dad, Prince William, and carrying what appeared to be a program for the church service. But when she opened her mouth, she revealed a sassier side. After telling the photographers that they were not coming with the royal family to Prince Louis’ christening, she continued to give them a stare-down as she walked away. The moment was caught on camera by reporters on the scene and has gone viral.

Other videos from the christening show Charlotte and her family greeting a priest at the Chapel Royal in St. James’s Palace. Older brother Prince George walked in holding Prince William’s other hand, while Duchess Kate carried their baby brother in his heirloom lace christening gown. Prince Harry and new wife Duchess Meghan were also in attendance, although grandparents Queen Elizabeth II and her husband Prince Philip were not. Buckingham Palace said their absence was simply an issue of scheduling and had nothing to do with health reasons. 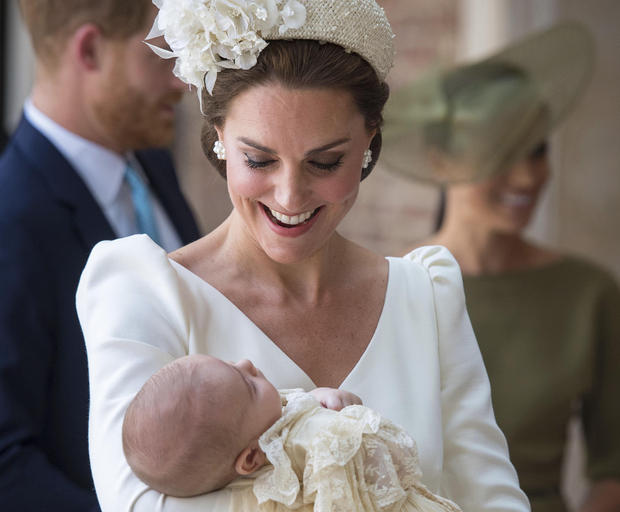 The christening was not the first time the princess has unleashed her sass. Duchess Kate was seen calming her daughter when she threw a temper tantrum last year while boarding a helicopter. That moment also went viral, although such behavior is pretty common among 2-year-olds, which Charlotte was at the time.