There are believed to be more than 600,000 opioid addicts in the U.S. A scheme that preys on many involves Naltrexone, a drug that curbs cravings.

The FDA approved it in some forms, but not as a surgical implant. But that hasn’t stopped questionable recruiters from paying addicts hundreds of dollars to have the surgery, and doctors are billing insurance companies thousands of dollars.

In March of 2016, Debbie Berry of Ashland, Missouri, got a text from her 22-year-old son Brennen that no mother wants to receive.

“He texted me and said that ‘I have a drug problem momma, I’m in trouble,'” Berry said.

Desperate to help her son, Berry got him into treatment in California. One day he called her from a doctor’s office to tell her he had found something to help.

“He said ‘I’m going to get an implant put in, I’m here with them and they’ve done a pre-certification that your insurance will pay for it,'” she said.

It was a Naltrexone implant, a small non-FDA approved pellet inserted near a patient’s abdomen. It releases medication that blocks the brain’s opiate receptors, so if Brennen used heroin, he would not be able to feel the effects.

“He was so adamant about how much it would help him,” Berry said.

But she says she did not know he was getting paid for it.

A CBS News investigation has found vulnerable addicts like Brennen Berry are being paid hundreds, sometimes thousands of dollars in cash to get the 30-minute outpatient procedure.

“You don’t give a drug addict cash money,” Berry said.

Industry insiders tell us doctors can make up to $30,000 for each simple surgery and the money is so good, some doctors hire marketers and some of those marketers hire recruiters who lure patients with cash. CBS News found a recruiter calling himself “Carter” on Craigslist, and arranged to meet him at a Hollywood grocery store posing as a potential patient. He said the implant saved his life.

“I had a heroin addiction about four years ago. And, um, I was on and off but i’m a little over a year clean now because of this implant,” he said.

As long as insurance would cover it, “Carter” would pay us cash too, to get one. He offered $750. “Carter” is far from the only one recruiting patients for cash.

“I found a way to not sell drugs and make twice as much money,” said “John,” a former marketer and heroin user who is now sober agreed to shed light on this expanding illegal practice, if we disguised his identity.

“I would find anybody who was vulnerable, I said ‘hey, you know this really helped me out, this is how I got sober,’ even if I wasn’t sober when I was saying this,” “John” said.

Not only did “John” recruit patients to get implants, he got them himself.

“John” says two of those implants were put in by a Beverly Hills doctor named Randy Rosen. He’s the same doctor who did Brennen Berry’s implant surgery. That recruiter “Carter” from Craigslist also told us about him. Rosen declined our request for an interview so CBS News tried to catch up with him outside his office.

Through his attorney, Dr. Rosen said he has nothing to do with the Craigslist ad, and he has no idea who “Carter” is. He also told us all patients must sign a form stating they have not been paid to get the implant.

As for Brennen Berry, three months after getting his, he overdosed after taking heroin mixed with fentanyl.

“I came home and found him in his bedroom. And he was gone when I got here,” Berry said.

“You have to fight everyday not to use or not to drink. They say it’s one day at a time but it’s every second of everyday and he did. He fought it,” she said.

After her son died, Debbie Berry learned he was paid $1,000 to get the implant. 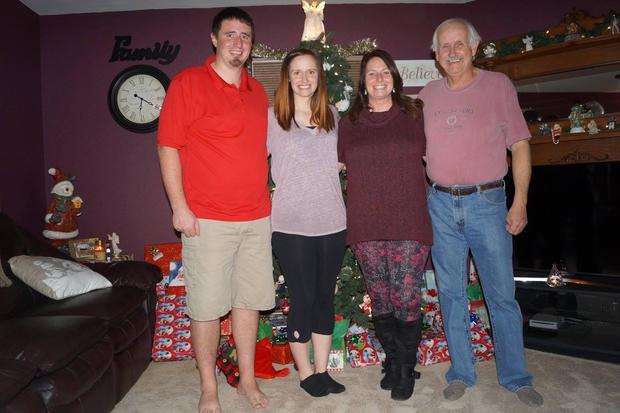 “You don’t pay somebody to have surgery,” she said. “You don’t prey on vulnerable people who are trying their hardest to stay alive and have a real life again.”

Dr. Rosen’s clinic billed Debbie Berry’s insurance $59,000. Her insurance was only willing to pay a small fraction of that. Dr. Rosen’s attorney did not answer our question regarding whether he hires marketers.

Bottom line: You have an erroneous story. Dr. Rosen chooses to protect the privacy of his patients rather than spar with you on television.

If you or someone you know have been paid to get a Naltrexone implant, email CBS News: investigates@cbsnews.com.