Queen Elizabeth II was cheered by onlookers when she and other senior royals arrived at a Christmas church service on the grounds of one of her country estates. The queen spoke about the importance of family in her annual Christmas message, telling the public in her televised remarks, “It has been a busy year for my family. With two weddings and two babies and another child expected soon, it helps to keep a grandmother well occupied.”

The 92-year-old queen arrived by car Tuesday morning while younger royals walked from her grand country house in Sandringham to nearby St. Mary Magdalene Church.

Prince Charles led the way, followed by his sons: Prince William and his wife Catherine and Prince Harry and his wife Meghan, who is expecting their first child in the spring.

Harry and Meghan walked arm in arm next to William and Catherine. Many in the crowd wished the young royals a “Merry Christmas” as they strolled to the church on a cold wintry day in the English countryside.

Later they received flowers from the crowd after the 45-minute service as they headed back to Sandringham House ahead of a traditional Christmas lunch.

The queen’s husband, Prince Philip, who is 97 and largely retired from public life, did not attend the church service. Charles’ wife Camilla, who is recovering from flu, also skipped the service.

Many other members of the royal family were also in attendance. Prince Andrew, the queen’s son, arrived by car with his mother. Princess Eugenie, one of the queen’s grandchildren, arrived with her new husband Jack Brooksbank.

Britain’s royals usually exchange small gifts on Christmas Eve, a practice popularized by Queen Victoria and Prince Albert. The queen typically frowns on extravagant gifts and many of the presents are novelty items. 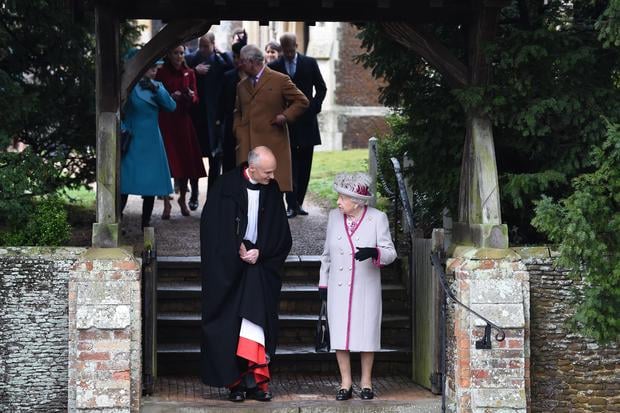 When the queen was younger, there would typically be a brisk family walk through the woods on Christmas or an excursion on horseback.

The queen’s pre-recorded annual message to Britain and the 52 other Commonwealth nations was televised later in the day.

“Some cultures believe a long life brings wisdom. I’d like to think so,” she said in the video. “Perhaps part of that wisdom is to recognize some of life’s baffling paradoxes such as the way human beings have a huge propensity for good and yet a capacity for evil. Even the power of faith which frequently inspires great generosity and self-sacrifice can fall victim to tribalism. But through the many changes I have seen over the years, faith, family and friendship have been not only a constant for me but a source of personal comfort and reassurance.”

Elizabeth made her first Christmas Day broadcast on the radio in 1952, the year she ascended to the throne. She closed this year’s remarks with traditional Christmas wishes.

“The Christmas story retains its appeal since it doesn’t provide theoretical explanations for the puzzles of life. Instead, it’s about the birth of a child and the hope that birth 2,000 years ago brought to the world. Only a few people acknowledged Jesus when he was born. Now billions follow him. I believe his message of peace on Earth and goodwill to all is never out of date. It can be heeded by everyone. It’s needed as much as ever.” 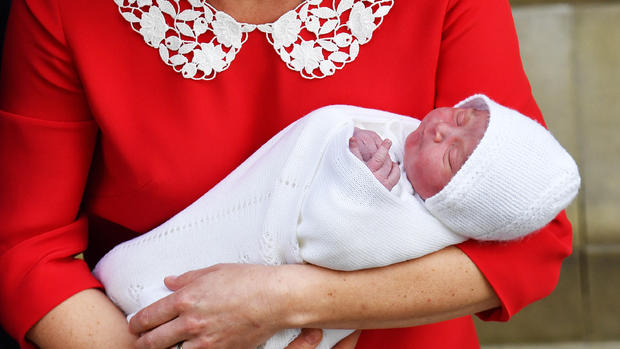