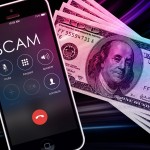 The Hamilton County Circuit Court Clerk wants to make people aware of a new scam aimed at jurors.The scammers are reportedly calling or mailing victims a letter, saying they missed jury duty and need to make a payment or will be incarcerated. They are requesting payments as large as $2,000.

Circuit Court Clerk Larry Henry says a surprising number of people have fallen for the scam.

“They’ll want the money by money order, credit card, or cash. In some instances, they’re wanting folks to even bring the money to them and meet them. So, that in and of itself is dangerous,” Henry said.

Henry says if someone contacts you, claiming to be with the Circuit Court, please call their office.

Police arrest suspect for homicide of man left in a car

More To The Story: Zoo Camp