The car was commissioned by Chief Deputy Austin Garrett to honor those who responded to the attack on Sept. 11, 2001.

The vehicle features a red, white and blue color scheme with a 9/11 decal on it. 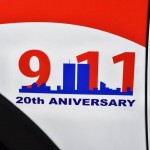 “On September 11, 2001, the American people experienced the most horrific terrorist attack in our Nation’s history. On that day, thousands of first responders responded to the call. We will never forget those who perished and always remember the bravery and resolve of the heroes who charged into the threshold of hell that day without hesitation in service to their city and fellow man. It is my hope this vehicle will be a constant reminder in our county of 9/11 and as a symbol of our resolve and American spirit,” stated Chief Deputy Austin Garrett.

The city 9/11 ceremony will be Saturday at 10 AM at Ross’s Landing.

“It is important for us to remember the sacrifices made by first responders and citizens as the events of 9/11 unfolded and the aftermath that followed. The courage and sacrifice shown by these individuals should never be forgotten,” stated Sheriff Jim Hammond. 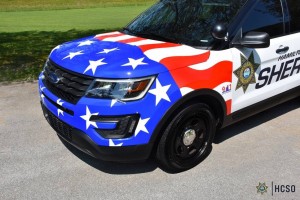 Tennessee graduation rates on the rise