BIRMINGHAM, Ala. (AP) – Weeks of dry, hot weather have plunged the Deep South further into a drought that’s affecting more than 11 million people and threatening crops across the region.

An assessment released Thursday by the U.S. Drought Monitor shows arid conditions worsening across a five-state area from Louisiana to South Carolina.

Drought conditions extend into northern Florida and the southern Great Lakes region. Much of Texas and the Southwest also are too dry.

Some areas have gone weeks without substantial rain. Farmers say the dry weather is hurting their crops, and Alabama has declared a statewide fire alert because of extremely dry weather.

NOTE: U.S. Drought Monitor Maps for Tennessee, Georgia, Alabama & North Carolina. Portions of Hamilton, Bradley, Meigs and Marion counties are in Severe Drought, as well as eastern Jackson County, AL. Most of the rest are in Moderate Drought. The Chattanooga area is the driest part of Tennessee now. 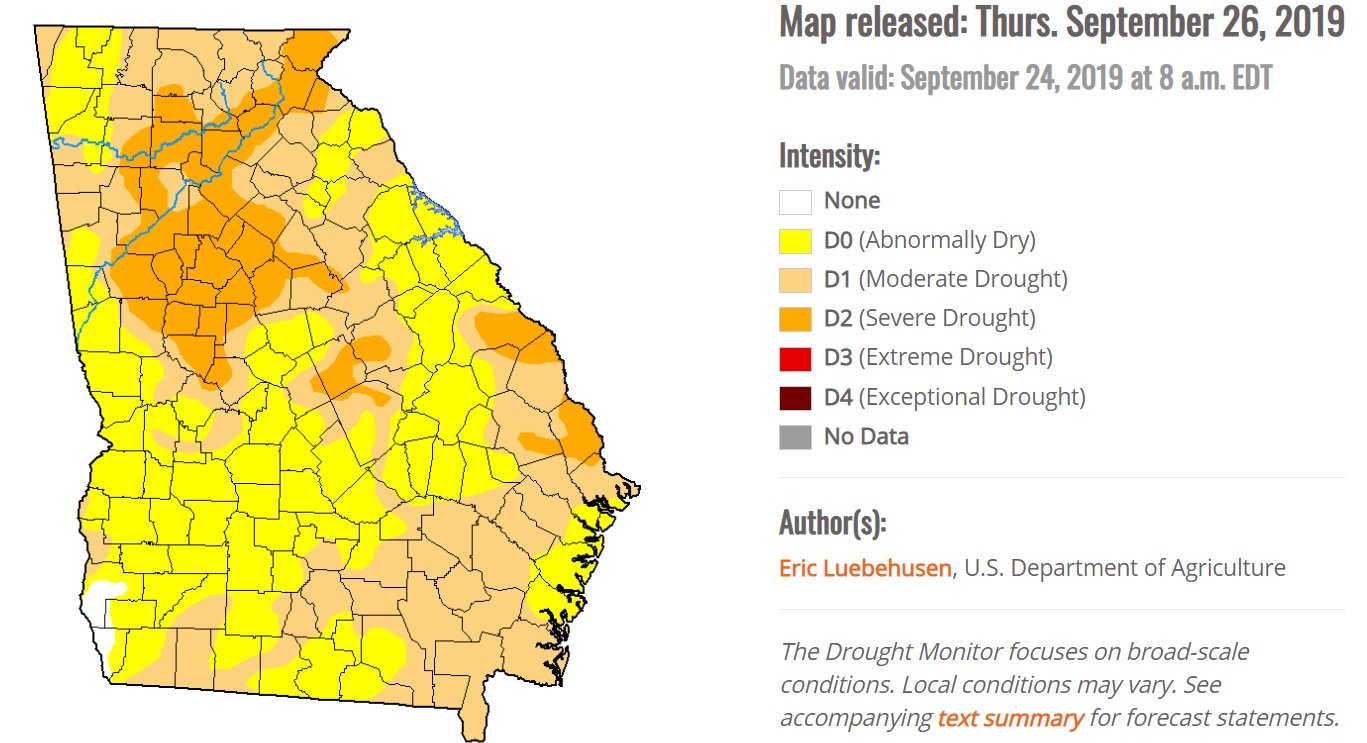 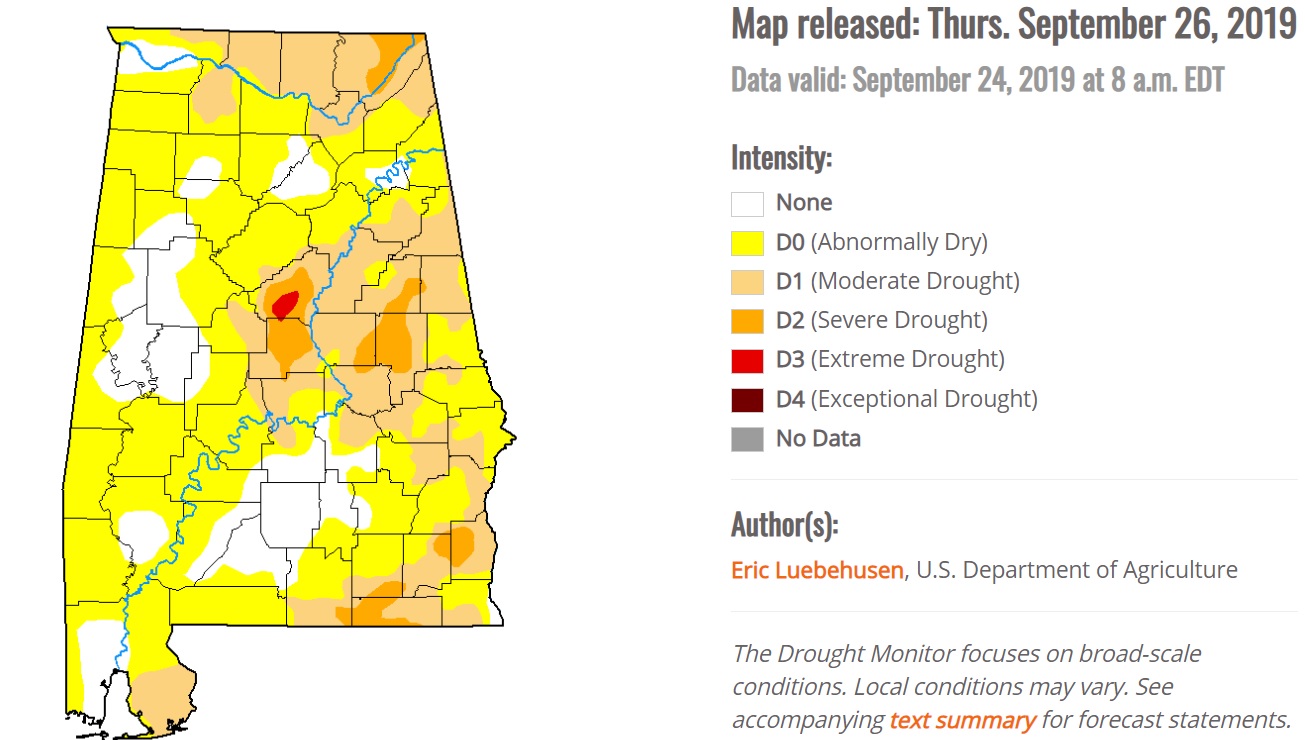