Police investigating rape accusation, but candidate says it was a consensual relationship

Jelks campaign has been rocked recently after allegations of rape have come out against him.

He resigned from his post as vice chairman of the local democratic party.

Jelks admits he had an inappropriate relationship but insists it was consensual.

The Chattanooga Police has confirmed they are investigating the allegations of Jelks and he is considered a suspect.

He posted this rebuttal to the accusations: 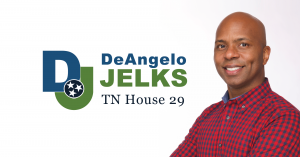 I am taking a moment now to briefly address the false allegations made against me. I took the weekend to focus on my family, and answer their questions. Yesterday I was able to give this my attention, and so I am speaking on it today. I’d first like to apologize to my wife for subjecting her to this heartbreaking embarrassment. I’d like to apologize to everyone that has believed in our cause and movement to flip D29 blue. Finally, I apologize to anyone I have offended or disrupted in any way by the revealing of these details. I know for people who have been the victim of sexual crimes, even the idea of such an eventuality can be triggering.

In the near future, I will be focused on restructuring my personal life, and reconnecting spiritually. As far as the elephant in the room, I know that I have let down my supporters, family and friends by having a consensual yet inappropriate relationship. This matter was personal and private between two consenting adults, and I accept full responsibility for my actions.

To be clear, I have done nothing illegal. What should’ve been handled privately has become public because a local politician chose to martyr me for her own positioning. As humiliating as this is to all of us, I am completely cooperative in the Chattanooga Police Department investigation. I do request that any law enforcement or media personnel contact my Attorney Lee Davis of Davis & Hoss, PC. I am also reviewing with counsel my legal response to this false accusation spread by the Councilwoman. She too must be held accountable for making false statements, publishing false information, and exploiting the influence she’s been given by the people, which was used to betray the people.

The special election is for the seat left vacant by the passing of State Representative Mike Carter.

The seat has been filled temporarily by Carter’s wife, Joan.

The polls are open until 8 tonight in the district that comprises much of northern Hamilton County.