Farris was wanted for the fatal shooting of Frederick Alexander Williams

NOTE: Family refers to their loved one as Frederick Alexander Marble or Williams-Marble

CHATTANOOGA (WDEF) – Statement from family spokesperson of the victim of the shooting Wed. night on Shady Vale Lane: 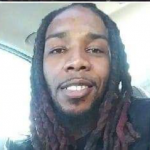 Hello, I’m speaking on the behalf of the family that took a tragic lost. A king, a great father, a great uncle and brother  Frederick Alexander Marble. First off, we are so grateful for the special forces, officers on foot and off foot. We all had very lack of confidence at first not knowing how they will catch this evil man that had took someone that belong to the Lord. But they were able to catch James Farris. They have gave my family relief. Now, the hardest part we will do. Placing him in a casket and give him his peace that he deserves. And I can not Thank the Officers enough, for not let up in the darkest coldest times.  #LONGLIVELILFRED

Suspect James Farris was shot and killed by officers as he was apprehended this afternoon.  It was revealed that he died at the hospital after this statement was released.