But now, some folks are finding out that they might have to wait until tax time to see some secondary relief.

Richard Bunch and his family live in Dalton, own a business in Cleveland and were elated to find out about the second stimulus check.

But, the reality of getting some extra relief seems to be a little delayed.

After using the get my payment tool, on the IRS’ website, Bunch sees something that shows Payment Status number 2 or Not Available. 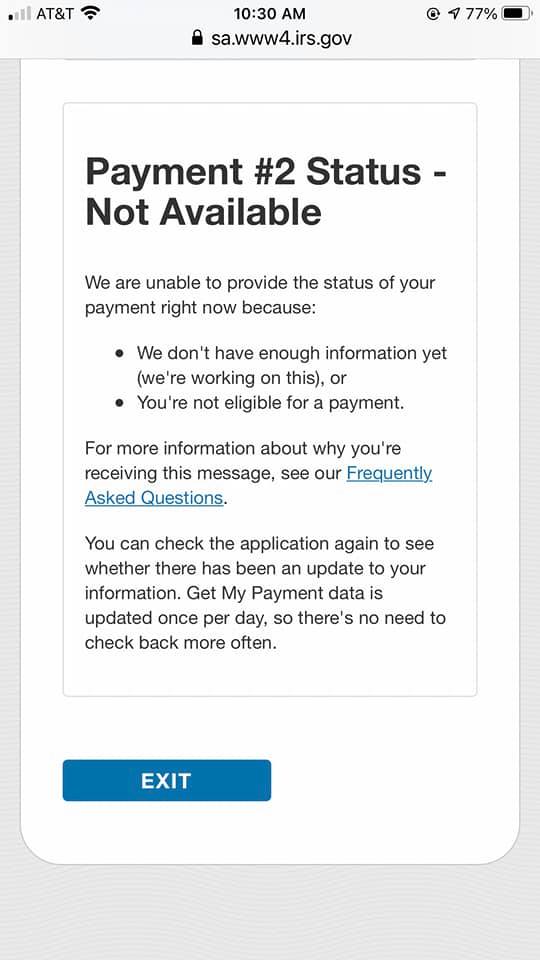 The IRS says that this may mean that they will have to claim their stimulus payment on their 2020 tax return.

Bunch says, “Now, were sitting here and finding out that we have to file our taxes and now a lot of people aren’t going to see this money until possibly April. That’s not right. This money was put out there to help American’s that are in need now. Not, well, we’re going to help you in April.” 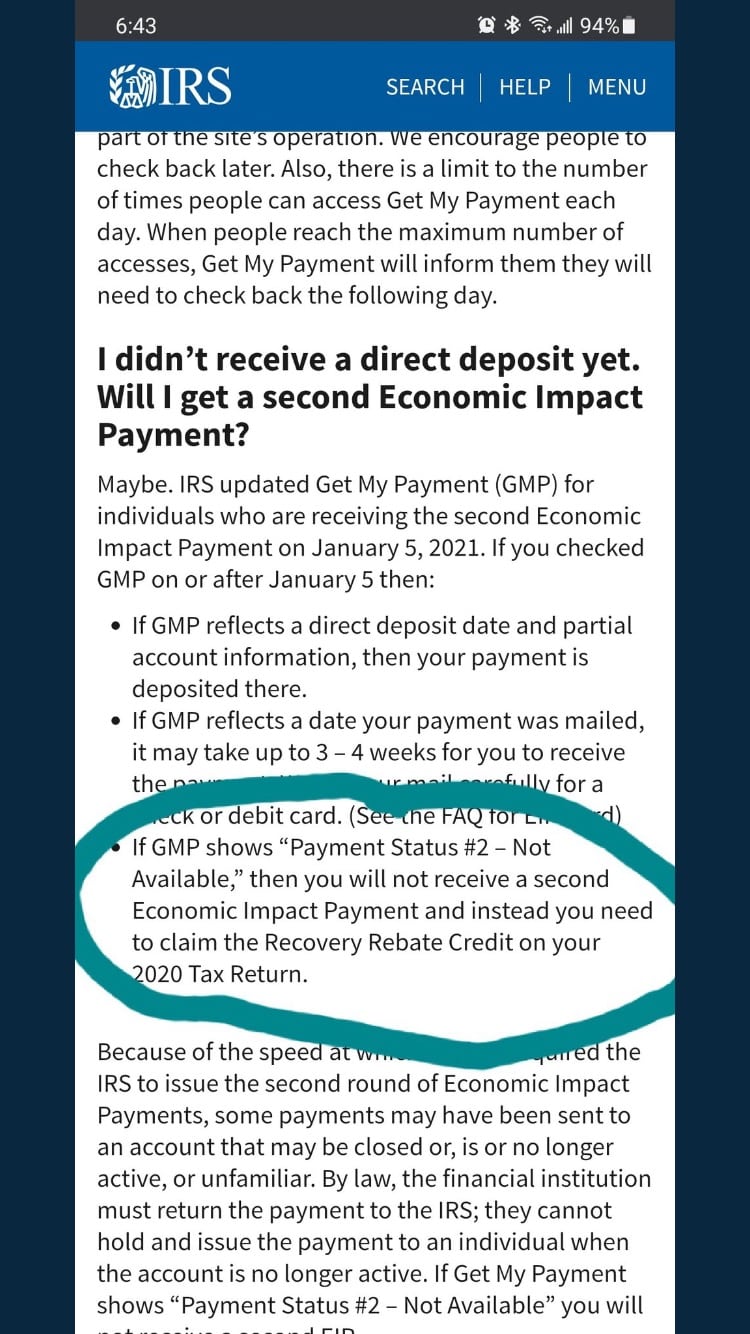 The Bunch family says that they had to choose between a medical procedure and their bills.

With the assumption that they were going to receive their $600 stimulus, the family thought that they would have the difference back by now.

“Like the old saying goes, you can rob from Peter to give to Paul and that’s what I kind of feel like I’m in. I took money from the bill hand to pay for the dental hand. Now, I’m sitting here with my bill hand like where’s my stimulus?” adds Bunch.

The Bunch’s aren’t the only families that were hoping to have a deposit by now.

Did you receive the first stimulus check and are now being told that you have to claim the second one on your taxes?! We…

H&R Block franchise owner Joesph Lautigar says that there is still hope for those that they still not received their second payment.

Joesph Lautigar, says, “The IRS is telling us that they are going to continue sending out stimulus checks until the end of January and even then, there may be some follow up once tax returns are filed.”

H&R Block and other tax prep organizations have had issues with their systems as well.

Many people were finding that their second stimulus was sent to the wrong bank account.

“They didn’t do this the last time. But, with this stimulus, they sent all of the funds to the transfer account. So, we’re talking nation wide right. Millions and millions millions and as a matter of fact, it wasn’t just block, it was every tax prep organization in the country”, Lautigar adds.

Lautigar says that all of the issues with H&R block have been resolved.

Most Turbo Tax users have been notified of their progress.

The IRS says that second stimulus checks will still be issued between now and January 15th.