CHATTANOOGA (WDEF) – What are those annoying bugs buzzing around your windows and lights?

If you feel like your home is being invaded by them, you’re not alone.

But they head indoors beginning in September, looking for a place to hibernate for the winter.

Stink Bugs are a growing pest in the United States.

They are a relatively recent (unwanted) import from Asia.

This variety of stink bug has only been here for about 20 years, but they are exploding because they like our climate (now in 43 states). 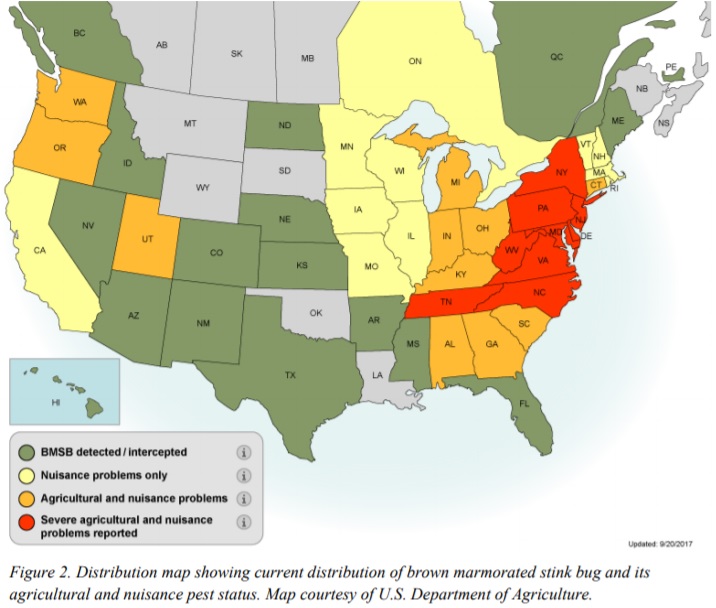 from U.S. Department of Agriculture

Of course, while their history may be nice to know, you just want advice on how to get rid of them.

The number one rule is DON’T MASH THEM.

They get their name from the awful smell they emit when threatened.. or smashed.  They also leave a nasty stain on the wall.

The good news is they don’t bite, they just fly around in annoying ways, bumping into your or lights. (If you are allergic to cockroaches or lady bugs, they may affect you).

Denton said you can set up a cup with soap and water to put under the bug, and then tap lightly on the bug or wall to get rid of them.

You can buy bug traps at the hardware store, or make your own.

Put some soapy water in a dish and set it under a light.

Stink bugs can’t swim and they are pretty clumsy, too.

The best prevention is to seal up the windows, doors, vents and screens of your house.

The UT extension office has a lot more on battling stink bugs, for the truly committed.

Vacuuming is easy, but be warned, YOUR VACUUM CLEANER WILL STINK afterwards!

And if all else fails, call the exterminator.

They have sprays, but the Asian stink bugs are beginning to show signs of adapting to our pesticides.

Whatever remedy you choose, it will be a good tune up for the Asian ladybug invasion coming later toward winter. 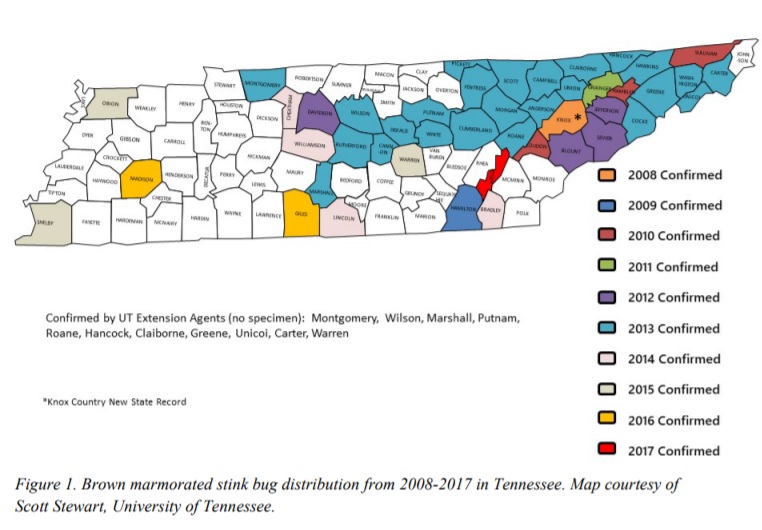