BIRMINGHAM, Alabama (WDEF) – The Alabama Department of Public Health reports that the government has resumed shipping out supplies of monoclonal antibodies again to treat Covid patients.

The supply had been cut off December 23 by the federal government.

The supply was already limited when a study showed that 2 of the 3 monoclonal antibody treatments didn’t work well against the Omicron variant.

And the one that did was the one in the shortest supply.

The federal government has been buying and then sending the treatments to individual states.

Tennessee’s health commissioner said two weeks ago that most of their hospitals would begin running out by January. 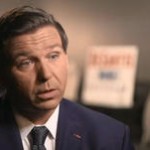 On Monday, Florida Governor Ron DeSantis accused the Biden administration of putting a stranglehold on the national supply.

He demanded that the feds ship his state between 30-40 thousand doses now, or allow state’s to buy their own.

Governor DeSantis has pushed the treatments as an alternative to vaccines and mask mandates.

But critics point that one of his chief financial backers is a major investor in Regeneron, one of the monoclonal antibody makers that don’t appear to work as well against Omicron.

Forbes reports that the Governor claims that Regeneron works against the strain in Florida and that the government’s findings rely too much on a preliminary study. Florida now faces a surge of Omicron cases.

But Forbes reports that both the USDA and Regeneron, itself, disagree with his assessment.

Dalton has been offering the Regeneron monoclonal antibody treatment to residents for awhile now.

On Monday, they announced new appointments would be available for Tuesday.

You must sign up for an appointment online by clicking here.

They do have a limited supply so they are limiting appointments to Whitfield and Murray County residents.