The Sheriff’s Office says a deputy spotted the vehicle speeding and driving recklessly on Highway 27 in Soddy Daisy.

But when he tried to stop it, the vehicle sped away, recklessly.

However, the deputy chose not to pursue for safety reasons.

The vehicle was spotted by another deputy on Highway 27 a shot time later.

Once again, the vehicle refused to stop.

That chase continued down Highway 27 until the fleeing vehicle plunged down through the grass to get to Signal Mountain Road.

But he hit the following deputy’s vehicle, knocking it out of action.

The fleeing vehicle continued until the driver abandoned it a few blocks later on Dayton Boulevard before getting to Stringer’s Ridge.

The driver fled on foot.

Investigators say the vehicle he was fleeing in was also stolen. 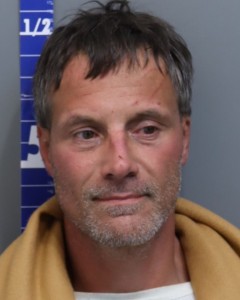 Here are the charges Hamilton County has filed against Payne:

He also has a warrant out for him in Putnam County for Escape.

Burglary roundup of suspects and goods in northwest Georgia