CHATTANOOGA (WDEF) – A suspect has been indicted on a double murder from six years ago.

On January 31, 2016 George Dillard and Lakita Hicks were shot to death in their home on East 13th Street.

Their son called 911 to report that his parents had been shot.

The Cold Case Unit has kept the investigation going.

Today, District Attorney General Neal Pinkston says that developments in the last month allowed them to present the case to a grand jury on Monday. 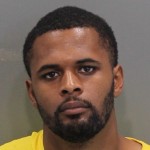 The Grand Jury indicted James Joshua Martin for the murders.

the suspect was already in a federal holding facility in Kentucky on gun and drug charges.

The mother of George Dillard today thanked the Cold Case Unit for not letting it drop.

“First and foremost I know it takes a team to do anything like this, but I extend my greatest gratitude to Detective Lucas Fuller, he never let up,” said Kurria Rogers.

“There was days when he took on this case from the crime scene to the point where he wasn’t going home. At one point I think he had to take a leave of absence because he was giving my son’s case so much time, and he never let up. And he gave me justice.”