NASHVILLE, Tennessee (WDEF) – The elusive Johnny Lewis Payne has now made the TBI’s Most Wanted List.

The 48 year old has a history of escaping from prison.

The Bridgeport native was serving 20 years in Alabama for receiving stolen property.

But he escaped from the Elba Community Based Facility in Coffee County Alabama three weeks ago.

They say he stole a city truck in Elba and drove it to Talladega.

Law enforcement believed he would return to his old stomping grounds on the Tennessee/Alabama line, and they were right.

Payne was recaptured on the Tennessee side a few days later.

But then on a trip from the Marion County jail to the Moccasin Bend mental Health Institute, he escaped custody again.

The TBI says he should be considered armed and dangerous.

They are offering a $2,500 reward for information leading to his arrest. 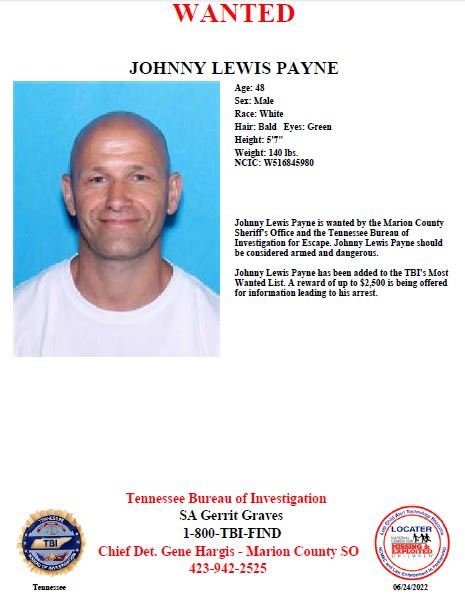