Tennessee lawmaker says I was “bad wrong” after basketball meltdown

COSBY, Tennessee (WDEF) – A Tennessee lawmaker is apologizing for his conduct at a high school basketball last night. 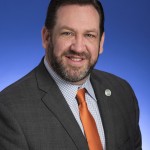 In a Twitter post, Rep. Jeremy Faison freely says he “acted the fool tonight and lost my temper on a ref.”

Unfortunately for the lawmaker, it was all caught on the school’s Facebook livestream.

The game between Providence Academy and Lakeway Christian Academy was in the Tri-Cities area.

Faison was watching the game when referees gave out technicals after a loose ball scrum on the floor.

The video shows him go onto the court, yell at a referee, and then attempt to pull his pants down.

The ref ordered the lawmaker to leave the gym, which he did.

The ref also reported his actions to the TSSAA.

Rep. Faison issued his apology last night, and did not make any excuses, saying he was “bad wrong.” 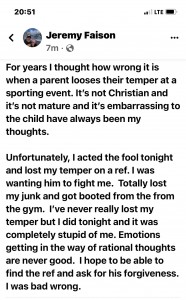 Rep. Faison is currently the House Republican Caucus chairman in the Tennessee legislature.

More To The Story with Staley: Grandparents support group