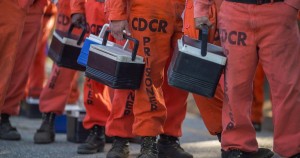 Chattanooga, TN (WDEF) – At the polls Tuesday, Tennessee Voters cast their ballots on Amendment 3. This decision is on whether to put “right-to-work” language in the state constitution and removing slavery as a punishment for inmates.

The amendment would reword the clause to remove the connection between slavery and prisoners, stating: “Slavery and involuntary servitude are forever prohibited. Nothing in this section shall prohibit an inmate from working when the inmate has been duly convicted of a crime.”

“Nobody had a problem with removing the word. I think it passed unanimous in both the State House and State Senate,” said Gardenhire. “There’s no sense having that wordage if the U.S. Constitution and the Supreme Court has ruled that that’s not not the case anymore. It’s really a clean up provision to our constitution.”

Tennessee’s constitution outlaws slavery, the language that will be changed is from 1870.