lower court had ordered a new trial on lesser charges

NASHVILLE (WDEF) – The Tennessee Supreme Court has reinstated a first degree murder conviction in a Chattanooga case from 2013.

The ruling hinged on evidence in the original trial about the gang membership of suspect Jeremy Reynolds.

Wendell Washington was fatally shot on his front porch on May 5, 2013. 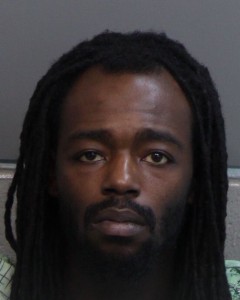 Jeremy Reynolds was shot himself, and was dropped off at the hospital.

But investigators believe he fired the deadly shots at Washington who then fired back at him.

They say that two fellow members of the Gangster Disciples then took Reynolds to the hospital and hid the gun he used.

A jury convicted him of premeditated first-degree murder.

But an appeal argued there was insufficient evidence to establish premeditation.

The appeals court agreed and reversed the verdict.

The court also ruled that the judge should not have allowed prejudicial background information into the case about the Gangster Disciples.

They believed there was sufficient evidence presented to the jury to find premeditation.

And while they say the original trial court did make a mistake in admitting “a limited portion of the gang-related evidence,” it wasn’t enough to affect the jury’s verdict.

So the Supreme Court reinstated the conviction against Reynolds of premeditated first-degree murder.

Local attorney: Brady Letters to CPD could mean something bigger could be on the horizon