Hall of Fame pitcher dies at the age of 84

He died at his home in Gaffney, South Carolina Thursday at the age of 84.

The legendary pitcher played 21 years in the majors for eight different teams, including a brief stint with the Atlanta Braves.

He won two Cy Young awards (one at the age of 40) and made five All-Star games.

Perry was a notorious figure in baseball.

He was the king of “the spitter,” an illegal pitch because he would doctor the ball to get a better grip and strange breaks.

That pitch allowed him to hand around the game well into his forties. (He even wrote a book called “Me and The Spitter”).

He was still hanging on to his major league career when he came to Chattanooga at Engel Stadium in 1983.

That year, he was with the Seattle Mariners that came to town to play their minor league affiliate, the Chattanooga Lookouts.

Of course, our Doug Thomas had to ask him about The Spitter and keeping in shape in his forties. 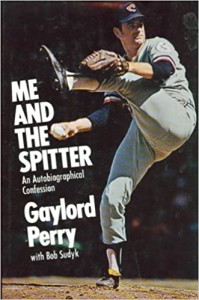