CLEVELAND, Tennessee (WDEF) – Police say a vehicle crashed through the front of a Cleveland gun store during a robbery before dawn.

They got a business alarm at American Defense Company on Georgetown Road at 3:19 AM.

When officers arrived, they found the storefront had been smashed by a vehicle.

The owner is still counting his losses, but we know that several guns were taken.

Police say a Silver Dodge Ram was stolen earlier in the evening from the Forest Grove Apartments.

They say it was used for the break-in.

They recovered it later at a business on Westside Drive.

Authorities are offering a $10,000 reward for information leading to an arrest.

If you have any information, you can leave a confidential tip via Cleveland Police Department Facebook inbox or call the investigator directly, Detective Brett Taylor at 423-559-3392.

Photos of reconstruction today from damage from the Cleveland Daily Banner.  Read more on the break-in in tomorrow’s edition. 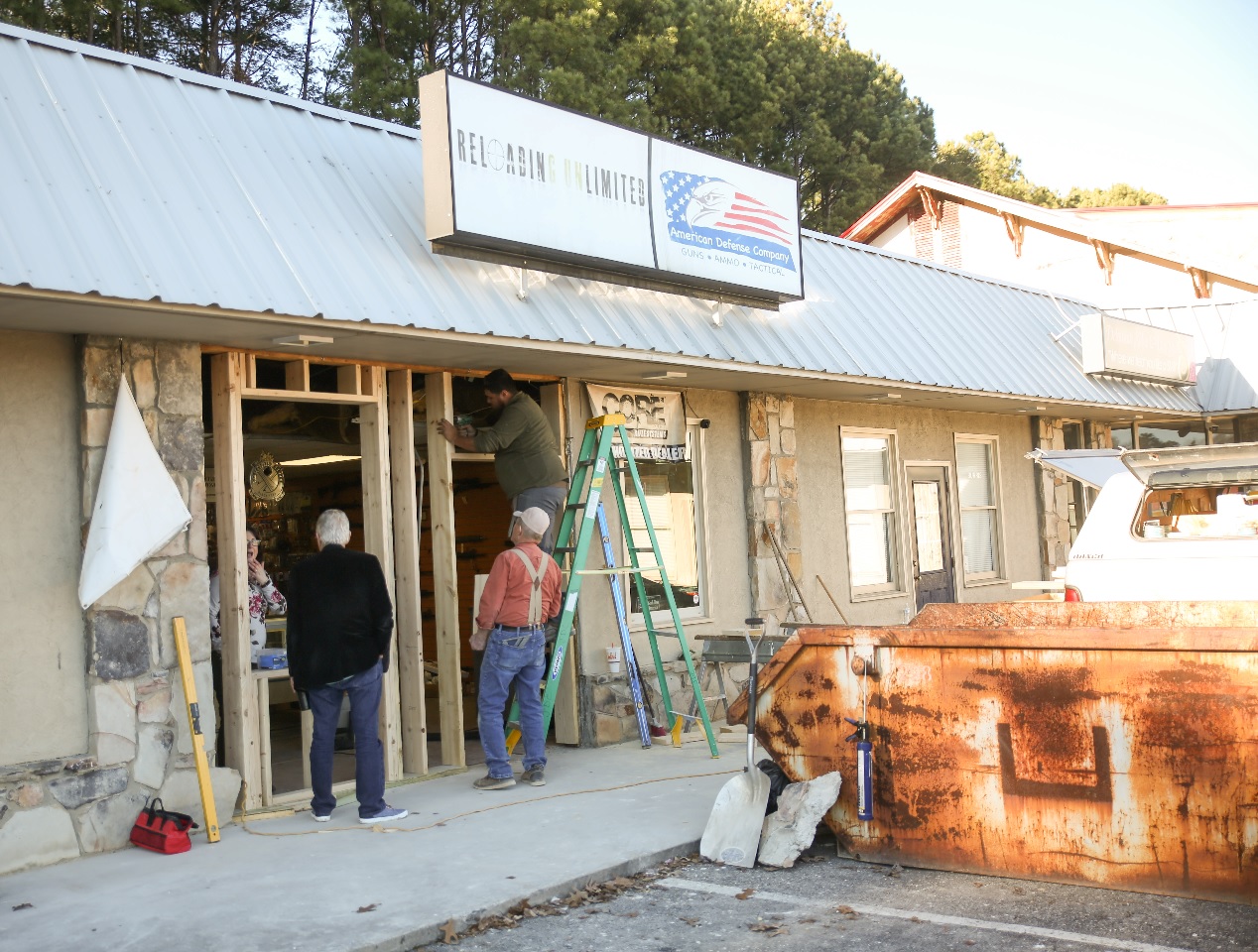