Authorities arrested 38-year-old P.J. Thomas and 31-year-old Jonah Elaine Morris were taken into custody after authorities found them in a parking lot of the Elk Meadow Apartment complex.

During the investigation, deputies say they found 4 grams of meth, a handgun, and a meth lab.

Bond and court dates are pending. 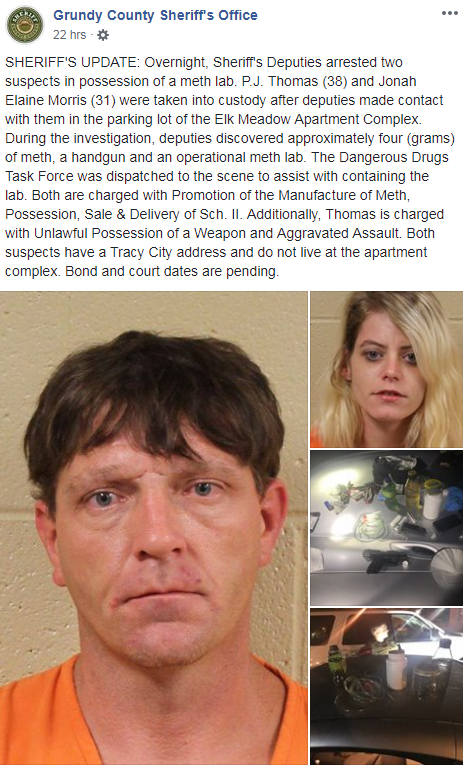