Police say the vehicle was traveling at a high rate of speed when it left the road and slammed into the Roadrunner Market.

The gas station caught on fire after the crash.

Both occupants of the SUV were killed.

The cause of the crash is under investigation. 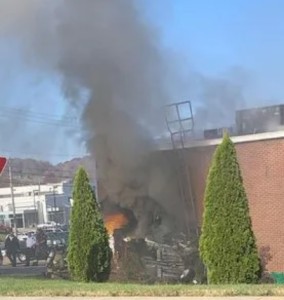