CHATTANOOGA (WDEF) – Chattanooga Police chief David Roddy said they believed the man who inadvertently caused a gun alert on the UTC campus last week was, in fact, an officer.

Now we know the person who first saw him admitted he was in a police uniform.

We obtained a copy of the call from the City of Chattanooga through an Open Records report.

The person didn’t even use the emergency line when he made the report.

He said the man he spotted with the long gun was in a uniform, but he didn’t see the man get out of a marked police car.

The caller said he spotted him off campus, but walking toward the campus.

At one point, he says “it looked like he was an actual police officer.”

You can hear the entire call above, though we have edited out the name of the caller. 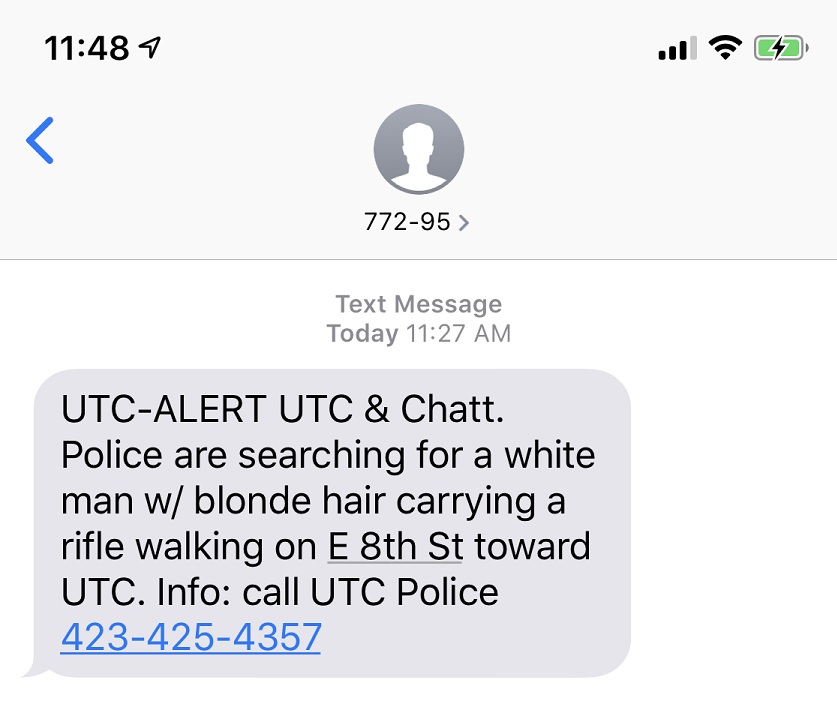 Chattanooga police notified UTC, which issued a campus alert about a report of a man with a gun.

Police swarmed the area, and centered on Fletcher Hall, where there was a follow up report that the man may have been seen there.

Chief Roddy said told the media from the scene “what we determined at this time is it looks like a Chattanooga Police Officer at the end of their shift, wearing a full police uniform had retrieved items out of their car and were walking towards there residence to go to bed.”

UTC Police Chief Robert Ratchford said he was glad the caller made the report.

“Otherwise if we were not to be contacted we wouldn’t know what is going on. We appreciate the people that are actually reporting suspicious activity to us and we strongly recommend that they do that.”