A visit to the Metropol, star of “A Gentleman in Moscow”

The grand Metropol Hotel has stood at the center of Moscow life for more than a century, as a playground for the rich, and later the headquarters of a revolution. Most recently, it’s been re-invented as the setting for a blockbuster novel, “A Gentleman in Moscow.”

The book’s American author, Amor Towles, first visited the Metropol in 1998. Twenty years on, he came back to see it again, with correspondent Elizabeth Palmer.

“I had a love of Russian history to begin with, so it’s very natural to want to start the story here, for me,” Towles said.

The 110-year-old art nouveau Metropol Hotel in Moscow has welcomed countless famed guests in its day, but one of its most famous is fictional, the protagonist of Amor Towles’ bestselling novel. CBS News

The entire novel takes place inside the Metropol, a hotel that has rediscovered its art nouveau roots after decades of Soviet makeovers.

Towles’ hero, Count Rostov, is living in one of the Metropol’s elegant old suites when the story opens. But the fictional Count is soon evicted from the posh rooms. Sentenced by the Bolsheviks to house (or actually hotel) arrest, for the next 30 years he’s banished to an attic, and witnesses decades of Russian history through the windows of the Metropol hotel.

Lenin himself addressed the workers just outside, and the Revolution transformed old Russia into the Soviet Union. Wars came and went, and so did epic political tyranny. 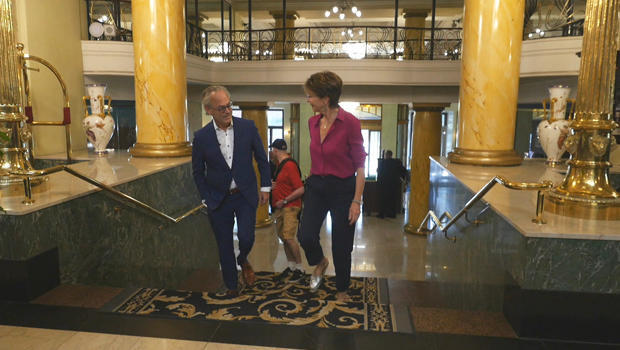 Author Amor Towles with correspondent Liz Palmer, in the lobby of the Metropol.  CBS News

Palmer said, “The Count is an admirable person who demonstrates courage and grace and resilience and love.”

“I think of it as a will to joy in the human spirit,” Towles said. “There’s that desire as a human being to make fundamental connections, to find causes for laughter, to be enriched by our relationships.  And the book is very much an exploration of that process in the context of a challenging era.”

In Towles’ novel the once-fabulously-wealthy Count is forced to live in a tiny attic servant’s room. Towles remarked, “Occasionally now, I’m told by the staff that people come with the book in hand and they want to go see, ‘Where is the Count’s room on the 6th floor?’ And they’re, ‘Well, we’re sorry but there is no attic on the 6th floor!'” 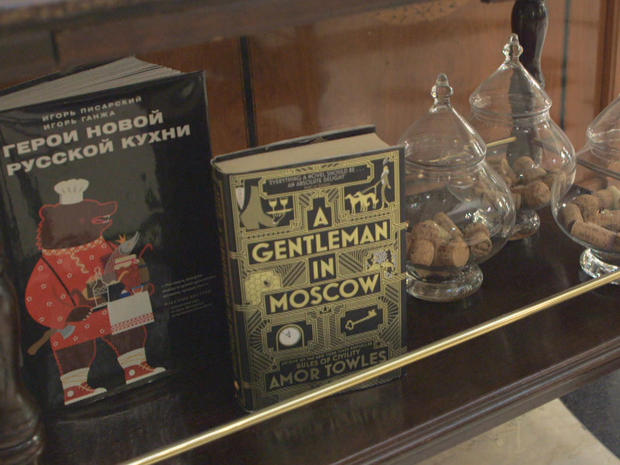 Towles, a former investment executive who now writes full time, is delighted that the world he crafted for the Count is so convincing. He mixes fiction with fact, like the hotel’s location next to the Kremlin and the lovely Alexandrov Gardens, where the Count once strolled. Within view is the Bolshoi, where the ballet has performed since before the revolution.

“I confess right off the bat, I am not a historian, and the book is not a work of history,” Towles said. “I think the job of the novelist is different. What you’re trying to do is use the backdrop of history to tell a story which is a representation of events in Russia but that is really ultimately a universal tale at the same time.”

“A Gentleman in Moscow” has made Towles a bit of a celebrity here. The Metropol hosted a reception for him with local journalists, and management is trying to bring some aspects of the novel to life. They’ve created the cocktails named in the book, and give tours that include the real Boyarsky Hall, where the imaginary Count became a waiter. 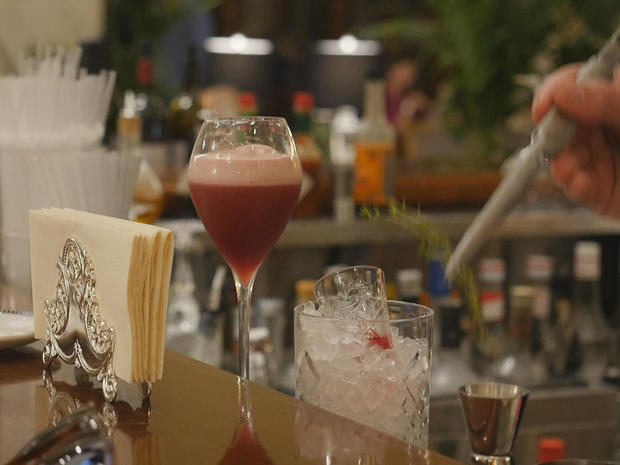 Some tourists have even travelled to Russia just because of the book. “That’s kind of crazy but terrific,” Towles said.

Minutes later we saw it for ourselves; Joan and Bennett Gates, from San Francisco, were thrilled to spot Towles signing books in the lobby. They’re staying at the Metropol because they loved the book. “I would have you sign it, but we read it on Kindle,” Joan said.

So Towles obliged with an old-fashioned autograph on paper.

The Metropol has just celebrated its 110th anniversary. It’s got a picture gallery of famous people who’ve stayed here through the years. The imaginary Count Rostov isn’t here, of course, but his creator is: Amor Towles, now part of the Metropol’s history forever. 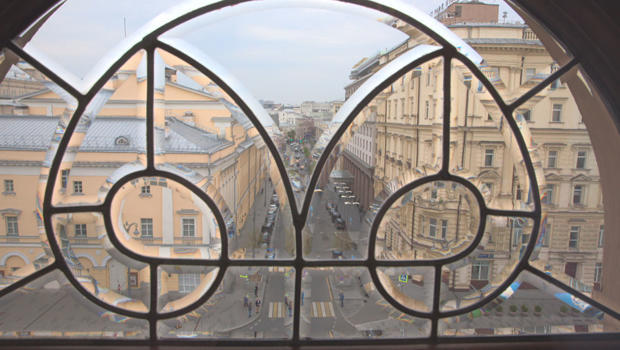