Welcome to Old Car City. It’s the world’s largest known classic car junkyard. You know the old saying… one mans junk is another man’s treasure. A treasure that has been in one family for eight decades. 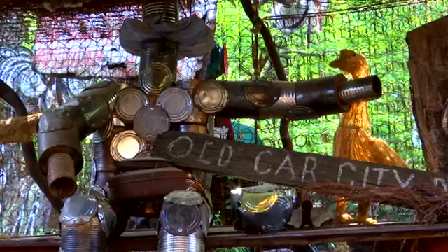 I remember getting in the cars and driving to Florida and back but never moving an inch.

It might even be considered a paradise to let us show you how.

Cars, vans, buses. 4,500 of them to be exact, spread across over 34 acres in one small Georgia community.

Macall Lewis said, “It began in 1931 with my great grandparents Walt and Lucile Lewis. They had an old gas station and convenience store.”

The family then began collecting cars and the business boomed.

Dean Lewis said, “No car was really an old car back then. He sold parts from wrecked cars.”

Over the years the family has continued to grow their collection. Dean Lewis took over for his father in the early seventies. Originally selling parts from some of these classic cars to allowing guests to photograph what many call memories from the past.

Dean Lewis said, “What I hear more than anything, a lot of people call it a photographers paradise.” 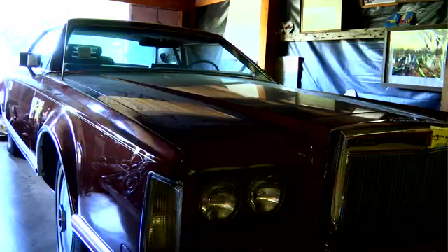 From Elvis’ last car he ever bought to a truck that looks like it belongs in Radiator Springs. You can definitely check out a variety of vehicles inside this old junk yard.

Dean Lewis said, “We always said if these cars could talk. There’s no telling what stories they would tell.”

Rust, moss and even growing plants cover these vehicles today. It’s almost like stepping inside a time machine, leaving many older generations remembering the past.

Macall Lewis said, “They talk about how much they love the old cars and the memories it brings back. I can’t tell you how many times someone will say I used to have a car just like this one.”

Walking down the seven miles of trails, you will see an old plane, a vehicle on a roof and even a few coke cans inside this old car. Nature has reclaimed some of the land though. Take a look at this classic car. A tree is completely grown through the vehicle. 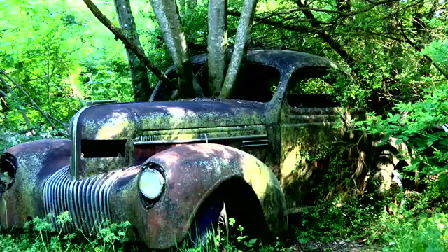 A legacy that is definitely worth checking out. Drive down to White, Georgia and step back in time. You won’t be disappointed.

“There is a lot more here than people think there is.”

With the oldest car dating back to 1919, people from all over the world come to check out what is hiding off of the interstate.

All for a chance to take a few pictures and walk down a trail one family has spent a lifetime creating.