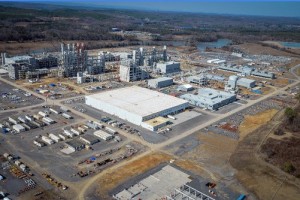 Wacker plans to expand its production in Charleston Tennessee.   Governor Bill Lee made the announcement this morning with Department of Economic and Community Development Commissioner Stuart McWhorter, and Wacker officials.   Governor Bill Lee said, “Companies choose to invest in Tennessee because of our skilled workforce, strong business climate and quality of life. I commend WACKER for its continued investment and job creation in Bradley County.”

According to company officials the first phase of the proposed expansion will add plants to manufacture high-consistency silicone rubber and silicone sealants.