CHATTANOOGA (WDEF) – Weston Wamp announced on Friday that he wants to succeed Jim Coppinger as mayor of Hamilton County.

Mayor Coppinger announced this week that he will not seek re-election next year.

Wamp is the first candidate to step forward to replace him, but probably not the last.

For Wamp, politics is in the blood.

His father, Zach Wamp, served as a longtime Congressman for our area before running unsuccessfully for Governor.

Weston tried to win his father’s old seat in Congress twice, but lost to Chuck Fleischmann. 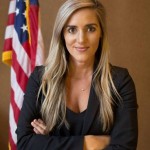 And while he is running for County Mayor, his sister Coty will be running for District Attorney General in Hamilton County.

The 34 year old Weston Wamp is a founder of the Millennial Debt Foundation (along with his dad) which focuses on debt and spending issues in Congress.

He is also on the Tennessee Board of Regents and had a sports talk show on ESPN 105.1 radio.

Wamp told us today his key issue will be education.

“We’ve misled kids that a four year degree is the only path to success when the truth is a future in the trades sends young people whether they’re from Alton Park or Soddy Daisy onto an incredible trajectory in their life.”

Mayor Coppinger’s announcement this week seems to have caught many local Republicans off guard.

There is talk that multiple County Commissioners and even state lawmakers are considering joining the race.

The qualifying deadline is in February with the election coming next May.