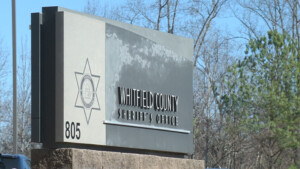 UPDATE: Attempted suicide calls are handled on a case-by-case basis according to a statement from the Whitfield County Sheriff’s Office and should be handled by medical personnel.

Rodney East plans to attend the Commissioners Meeting to voice his concerns about the policy.

The meeting will take place at the Whitfield County Courthouse at 6 p.m. today.

DALTON, GA (WDEF) – A Whitfield County man tried to keep his brother from taking his own life this past Sunday.

“I dialed 911 and they said that they had to refer me to the Sheriff’s department,” Rodney East said. He then asked Whitfield County to send deputies to help. “He said ‘it’s not against the law to commit suicide’ in Georgia. But can you not send somebody down here to help? He said ‘no, we don’t respond at all.’ They told us to call back after he was dead.”

Rodney said he called “911 four times and one time to Georgia Crisis Center. They even called them, and they were dumbfounded to find out that that law is in effect. The Sheriff’s Dept. will not respond to any kind of suicide attempt at all. ”

The initial 911 call was made at 12:10pm. Help finally came more than two hours later when Georgia State Patrol showed up.

EMT’s often wait to provide care until the scene is secured by law enforcement for their own safety.

Attempted suicide calls are handled on a case-by-case basis according to a statement from the Whitfield County Sheriff’s Office.

The sheriff’s office says situations like Rodney East faced with his brother should be instead handled by trained medical personnel, not law enforcement.

It went on to say they continue to voice concerns about the policy and hope an appropriate resolution can be reached.