CHATTANOOGA (WDEF) – A woman has now been charged for the fire at Parkridge Medical Center earlier this month.

Fire officials at the time said they believed it started when a woman tried to light a cigarette in her hospital bed.

The fire caught her bed and she suffered burns under her arm and side.

The sprinkler system and staff got the fire out before firefighters arrived.

But several other rooms suffered water and smoke damage.

Officials say 41 year old Camelia Hutchinson endangered other patients and staff members in the Surgical Intensive Care Unit while she was on oxygen.

She has now been charged with Reckless Endangerment.

“There are consequences to your actions. She knew that smoking was not permitted in that hospital or any hospital. On top of the extensive damage she caused and injuries she sustained, she now faces criminal charges. I hope this sends a message to the public about just how serious it is to smoke around oxygen and inside of a medical facility,” said Captain Anthony Moore with the CFD’s Fire Investigation Division.

Meanwhile, Chief Hyman and his team visited the hospital on Monday to recognize 7 people for their work during the fire. 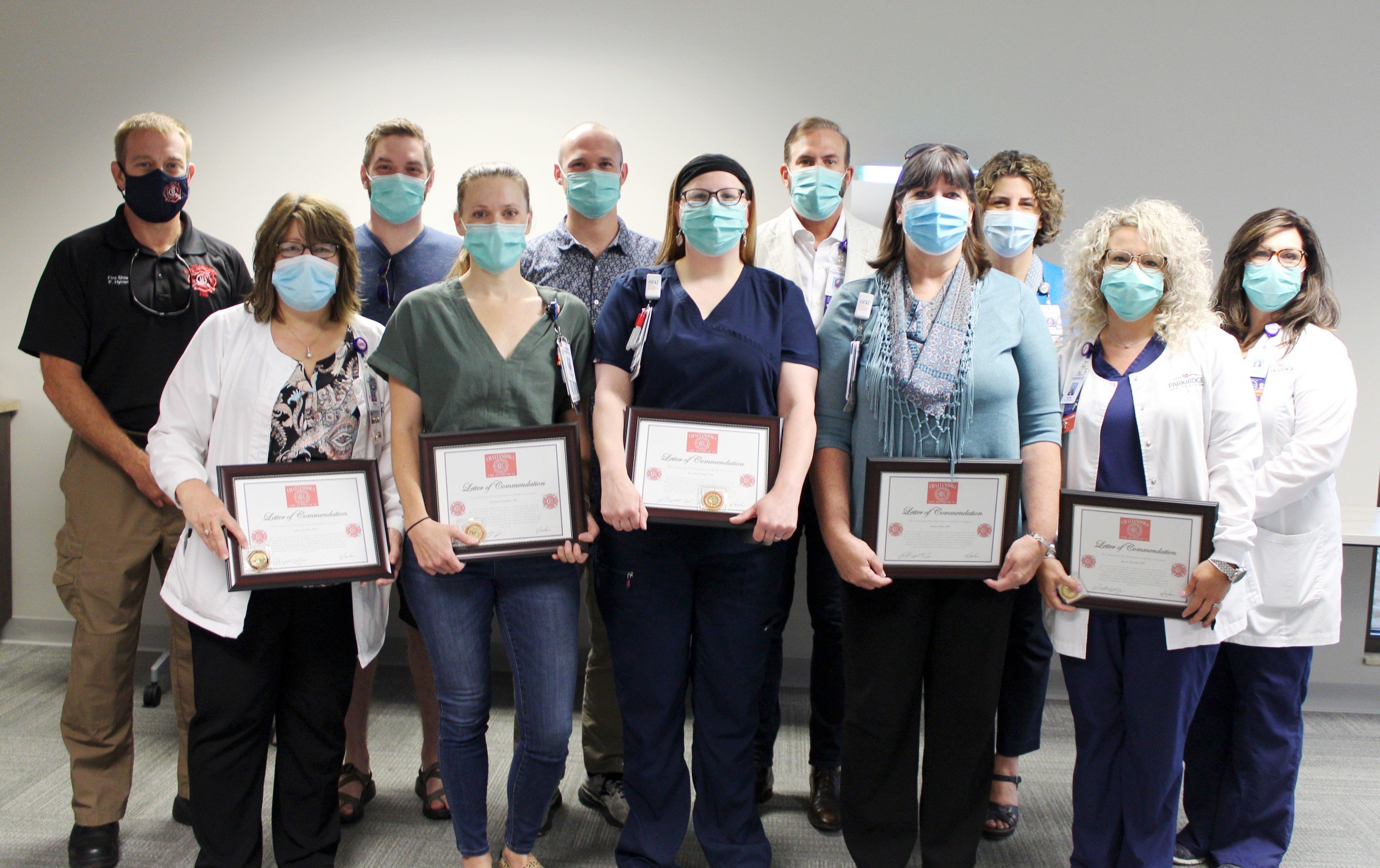 “We thank the Chattanooga Fire Department for the rapid and overwhelming response they provided that evening and Chief Hyman for recognizing the staff today,” Tom Ozburn, President and CEO of Parkridge Health, said. “As Parkridge leaders, we also wish to recognize the brave and responsible efforts of our Parkridge team members who used their training, situational awareness and effective communication skills to ensure all patients and colleagues were safe and that patients’ families were informed.”