Woman discovers her face used in ads around the world

Six years ago Shubnum Khan received a strange Facebook message from a friend saying she noticed her picture being used in an advertisement for Canadian immigration.

“I was like, ‘That is me, I don’t know what I’m doing there. This is very weird!'” she told correspondent Jericka Duncan.

Shubnum Khan’s face appeared in an advertisement promoting immigration in a Canadian newspaper.

After doing a Google Image search, Khan discovered she was the face of several global advertisements, for everything from beauty products, like teeth whitening, to private tutoring.

“And then there’s eye bag adverts, because I’d been smiling a lot and I had lovely eye bags,” she said.

Though Khan is not a professional model, her picture had been taken years earlier by a professional photographer. She was never paid for the 2010 photo shoot.  But because she had signed a release, the photographer legally has the right to use her photos. 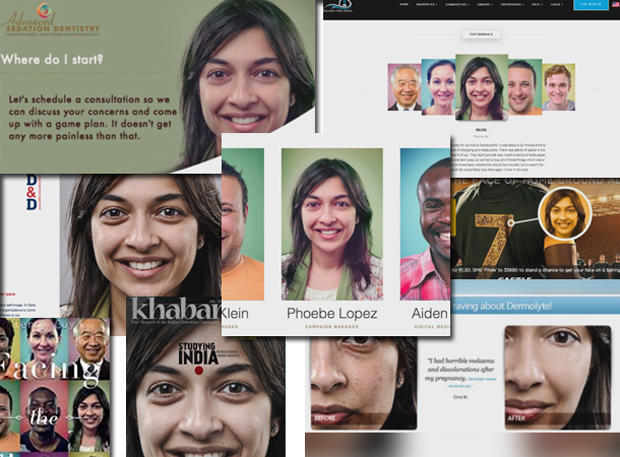 Shubnum Khan’s face has appeared in ads around the world, as well as on book and magazine covers, without her knowledge.

Khan, now a writer and artist in South Africa, was concerned over the use of her image, and called the photographer.

“I told the photographer, ‘Hey, we have this document, but the thing is, I published a book and my face is recognizable – people in Canada recognize me. You need to take this photo down because now I’m published!”

The photographer eventually agreed to stop releasing the headshots. But Khan admits she didn’t read the photo release form. 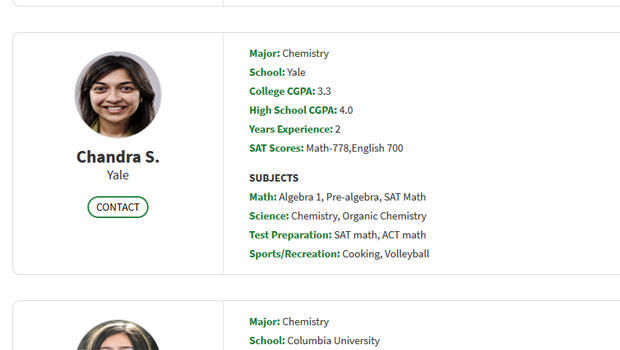 Khan also discovered that her picture was used for testimonials and as a headshot for other people, including online tutor “Chandra S.,” a Yale graduate with a major in chemistry whose hobbies include cooking and volleyball.

Khan shared her bizarre story on Twitter, and it quickly became an online sensation.

CBS News legal analyst Rikki Klieman says what happened to Khan is legal. “Once you sign a release and you give the photographer the right to do whatever he or she wants with the photo, you’ve signed your rights away,” Klieman said.

Khan now finds humor in her story, but acknowledges her experience could have gone badly if her images were used in the wrong light. She cautions others to be careful with their identity. “Please be careful of what you sign, and look at what you’re doing,” she said.

While the photographer agreed to take her images down, he said her face could still pop up for photos that were already purchased by some ad agencies.