Collins Parker,
JACKSON, Tennessee (WDEF) – A West Tennessee woman will face a grand jury after a visit from a drug task force to her farm this week.
The 15th Drug  Task  Force in Jackson says they have been investigating the case for about a month.
They went to the home and farm of Perry Brewington on Monday and asked her how much marijuana she had in her residence.
She replied “maybe about an ounce.”
But officers say when they searched, they found 20 pounds plus 40 marijuana plants on the property.
The searched a nearby home and found more.
She was arrested and her case will be taken to the Jackson County Grand Jury.
But it’s her booking photo that will get the most attention.
Brewington did not try to hide her contempt for the law enforcement officers who arrested her.
The Task Force added the smiley faces. 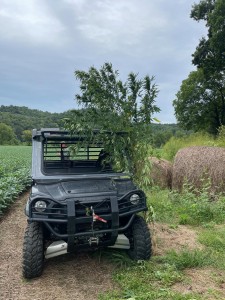 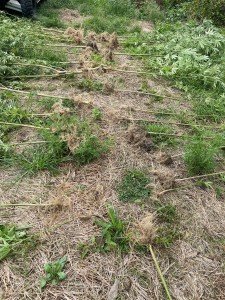