She was alone with an infant when she says several men entered her home.

But she had a shotgun and used it as the burglars came down the hallway towards her bedroom.

When deputies arrived, they found evidence that she hit someone with the shot.

25 minutes later, a juvenile showed up at Erlanger East on Gunbarrel Road with a gunshot wound to the arm.

Bradley County officers responded and made contact with the juvenile and the adult who brought him in.

They took the adult, Jaylen Terrell Johnson back to Cleveland for questioning.

The juvenile is still in the hospital, but authorities say more charges are pending. 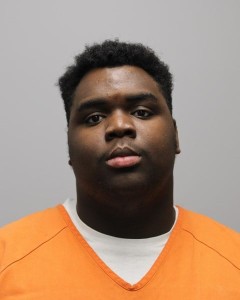