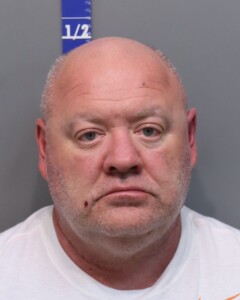 HAMILTON COUNTY, Tenn. (WDEF) — A YMCA youth fitness instructor is being charged with aggravated sexual battery of girls in his class. Robert Hardeman, 53, was arrested on Tuesday.

Hardeman was a staff member at the Hamilton Family YMCA on Shallowford Road.

Three girls accused Hardeman of inappropriately touching and watching them during the instruction.

Officials at the YMCA say they are aware of the allegations. They say Hardeman was immediately suspended and is not permitted back on the premises while the investigation is underway.

Here is the official statement from the YMCA regarding the situation:

“We are aware of an allegation of inappropriate behavior by a YMCA staff person towards three girls in a Youth Fitness Class at our Hamilton Family YMCA. We take this, and any allegation of inappropriate conduct, very seriously.  The staff person was promptly suspended from all responsibilities at the YMCA and is not permitted on our premises while the investigation is underway. The YMCA is cooperating fully with local authorities in the investigation of this matter and cannot comment any further at this time.  As always, the safety of youth entrusted into our care is our top priority.”