When 10-year-old Selah Schneiter gets asked about what she did over the summer, she’ll have quite the answer to give her classmates. Schneiter climbed Yosemite National Park’s iconic El Capitan, a challenging 3,000-foot cliff, and she may be the youngest person to ever do so, CBS Sacramento reports.

Schneiter did the climb with her father and his best friend. Her family is full of climbers, and her parents actually fell in love while scaling the very same peak.

This 10-year-old girl might be the youngest person ever to climb 3,000-foot El Capitan at Yosemite National Park in California. Schneiter Family

The trip was special for the father-daughter duo because they got to spend time together. “We got to hang out together spend some time on ledges just relaxing…talking about the world…talking about life,” her dad, Mike Schneiter, told CBS Sacramento.

They had a motto they would recite to help them get through the treacherous climb. “How do you eat an elephant? Small bites,” they’d say to remind themselves to take it one pitch at a time, one move at a time, one day at a time.

Schneiter’s dad took several videos of her making the climb. In one, he asks if she can push it a bit further to an upcoming tree. In another, she sits at the base of the tree, elated that she made it. “Is that your first happy cry?” her dad asked. 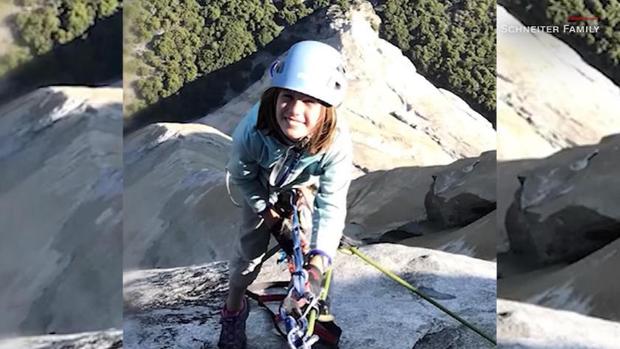 Selah Schneiter celebrated the major accomplishment by getting pizza with her climbing partner – her dad. Schneiter Family

“Yeah, I just can’t believe I just did that,” she replied.

“It was just a huge undertaking and there was just a big emotional release for me at the end that we actually did it,” their climbing partner, Mark Regier, told CBS Sacramento.

According to CBS Denver, it typically takes three days for experienced climbers to complete El Capitan. Schneiter and her crew did it in five days.

In the end, this extraordinary 10-year-old celebrated in a pretty typical way – by getting pizza with her dad.

Chattanooga is the Only US City to Produce Clean Graphite

How to recognize S-A-D in yourself and others, and when to take action