The renderings showed what the area will look like when the project is finished.

There are three military and veteran monuments currently on the site.

The city got approval from the state historical commission and will be moving those to another undetermined location.

“We basically are taking a small public space currently and the sidewalk spaces against the building and consolidating that on the outside and focusing on the day to day vehicular circulation in the middle, which gives us a flat continuous surface, which is more useful for special events. And it’s also, as I said, more in keeping with the historic intention of the original space that was used as a market,” CDOT Administrator Blythe Bailey said.

The next step is for the city council to vote on a contract for construction.

Construction could be an inconvenience for businesses.

There will be a meeting for the general contractor and businesses on May 15th at 5pm at The Camp House. 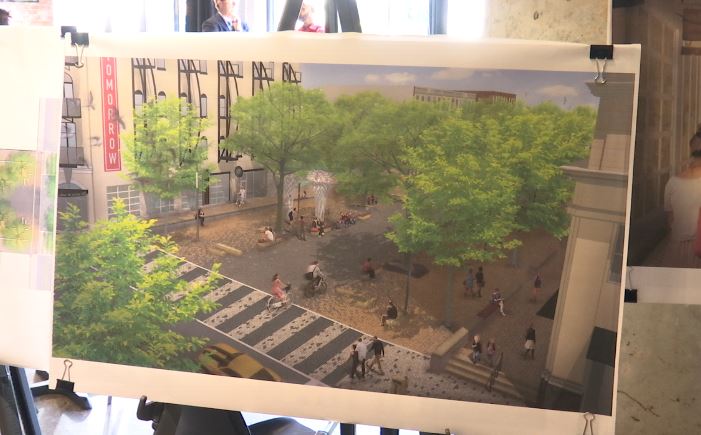