Humanity is on track to face “untold suffering” if we continue our current climate change trajectory. A new study, signed by more than 11,000 scientists from around the world, marks the first time a large group of scientists has said the Earth is facing a “climate emergency” caused predominantly by human activities.

In the study, published Tuesday in the journal BioScience, scientists no longer mince words when it comes to talking about the climate crisis, preferring instead to “tell it like it is.” They declare, “clearly and unequivocally that planet Earth is facing a climate emergency,” which threatens every part of our ecosystem.

“We have joined together to declare a climate emergency because the climate change is more severe and accelerating faster than was expected by scientists,” Bill Ripple, professor of ecology at Oregon State University and co-author of the paper, told CNET. “Many of us feel like the time is running out for us to act.”

Scientists say we are not acting fast enough.

“Despite 40 years of global climate negotiations, with few exceptions, we have generally conducted business as usual and have largely failed to address this predicament,” scientists said.

Relying on global surface temperature change alone does not fully encompass the scope of the dangers currently facing humanity. The research shows a concerning, albeit unsurprising trend — we have failed to change how we live in a meaningful enough way to reverse the damage we’re causing across the board.

Scientists are particularly concerned about population growth, noting that human fertility rates have “substantially slowed” over the last 20 years. The study calls for strengthening human rights, especially for women and girls, in order to combat the issue. This would include making family-planning services widely available to all people and making primary and secondary education a global norm for all.

The 11,258 scientists who signed the warning represent 153 countries and a wide range of scientific disciplines, from marine biology to biomedical science to astronomy.

“We received supporting signatures from a broad range of scientists which likely reflects that they are witnesses to the effects of climate change on the plants, animals and ecosystems they are studying,” said Thomas Newsome, an ecologist at the University of Sydney and co-author of the paper.

While the study focuses on the negatives, scientists said they are “encouraged by a recent surge of concern” for the future of the planet. They cite that governments are taking the emergency more seriously through improved legislation, millions of students — inspired by activist Greta Thunberg — are striking weekly and businesses are responding to the demand for change.

Wearing protective masks, dozens of children gathered outside the Indian Ministry of Environment, Forest and Climate Change in New Delhi Tuesday, protesting the high levels of air pollution in India and demanding the ministry declare a “climate emergency” https://t.co/2lijb7lJIP pic.twitter.com/P4o2mpIjMG

They also found encouraging trends across the consumption of solar and wind power, fossil fuel divestment and the proportion of GHG emissions covered by carbon pricing.

The study supports a recent U.N. report, which shows the Earth’s oceans have reached tipping points, where some of the more severe consequences of climate change can no longer be avoided. The effects include mass flooding events that threaten coastal populations, more severe and violent storms reaching landmasses and declining fish populations worldwide.

The paper was published just one day after the Trump administration announced a formal process to withdraw the U.S. from the Paris Climate Accord — a pact in which nearly 200 countries set their own national targets for reducing or controlling pollution of heat-trapping gases. Still, several European cities have declared official climate emergencies, as have New York City and San Francisco.

“The good news is that such transformative change, with social and economic justice for all, promises far greater human well-being than does business as usual,” scientists concluded. “We believe that the prospects will be greatest if decision-makers and all of humanity promptly respond to this warning and declaration of a climate emergency and act to sustain life on planet Earth, our only home.” 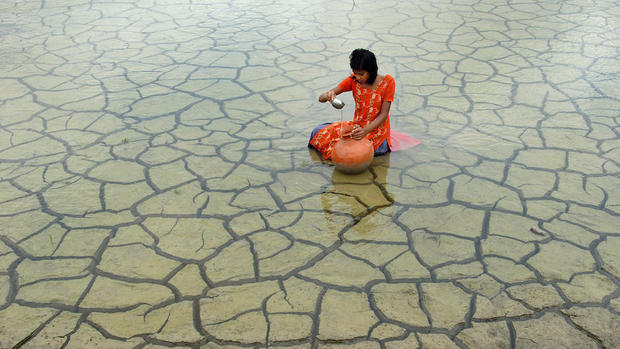